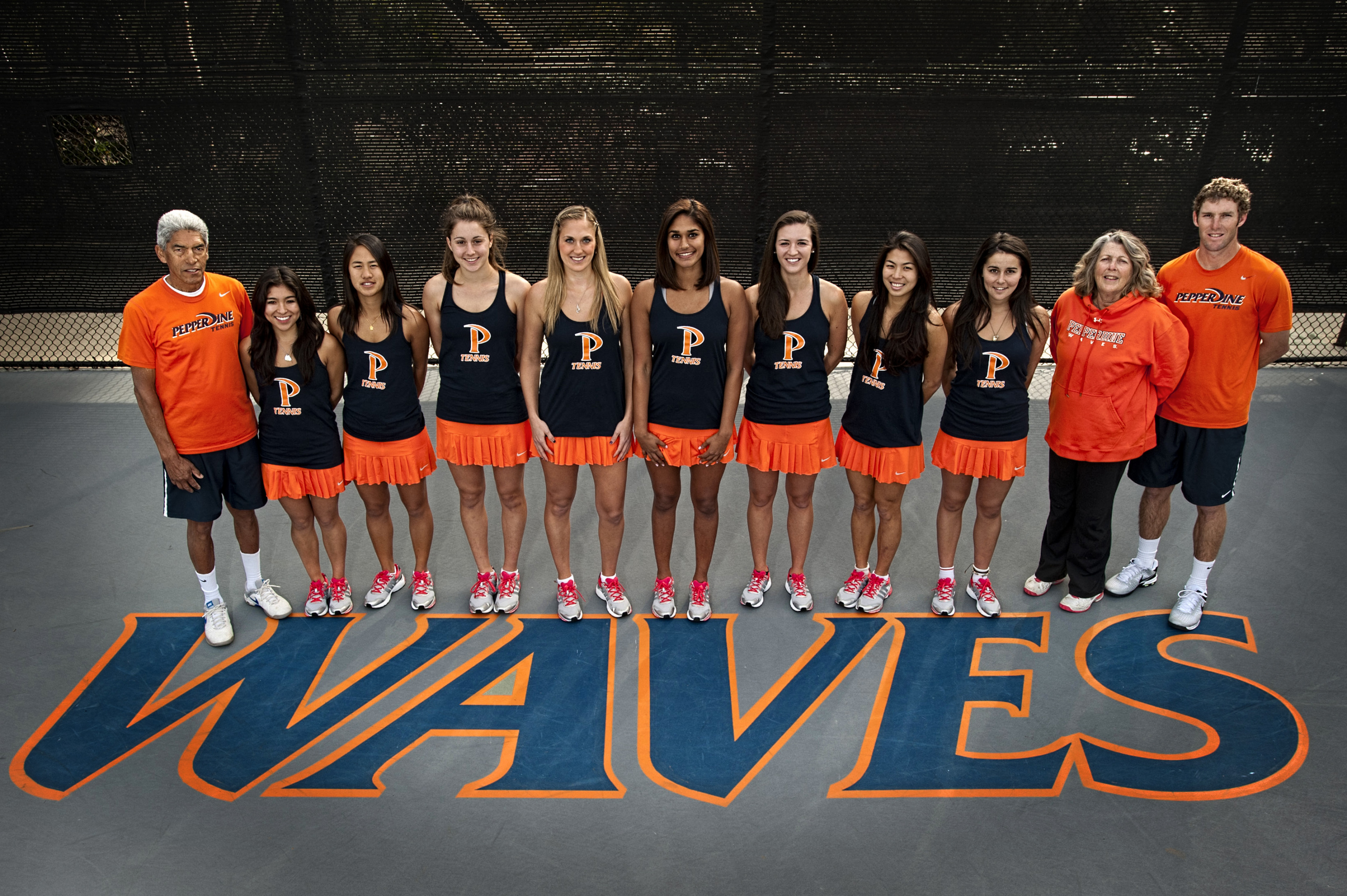 MALIBU—Pepperdine is partnering with Oracle and the Intercollegiate Tennis Association to help facilitate the first-ever Oracle/ITA Masters from September 18-20 at Malibu Racquet Club.

Five players from Pepperdine will compete in the upcoming event.

Juniors Guilherme Hadlich and Gabriel Sidney—both from Brazil—will team up for the men’s ITA wildcard doubles competition. Freshman singles player Luisa Stefani, originally from Brazil as well, is an ITA wildcard on the women’s side, and senior Matea Cutura from Croatia teams up with junior and California native, Christine Maddox, to compete in the women’s doubles competition as an at-large selection.

Hadlich was an All-West Coast Conference performer in singles and earned first team honors in doubles last season. In doubles play, he finished the season with a 14-13 record, including an 11-11 record in dual play, and ended the year ranked No. 8 regionally along with former Waves standout Rakshay Thakkar.

His new partner, Sidney, comes to Pepperdine with a pretty impressive resume. He joins the Waves as the top-ranked Brazilian as a U-12 and U-14, and the nation’s second-ranked player among U-16 and U-18 competition.

Stefani will also compete for the Waves for the first time in the tournament after ranking as high as No. 10 in the ITF World Junior rankings, and currently ranks No. 14. She has contented in the juniors’ tournament at all four Grand Slam events and most recently competed at Wimbledon and Nike Junior International Roehampton in both doubles and singles in Great Britain.

Cutura and Maddox will compete for the second year together after a great first season as a duo. The two went 15-4 overall, including an 11-game winning streak and two wins over top-30 pairs.

The competition includes some of the best young players in the world, including Axel Alvarez Llamas of Oklahoma, the No. 1 ranked tennis player last season and the 2014-15 ITA National College Player of the Year, along with Julia Elbaba of Virginia, the 2014 USTA/ITA National Indoor Intercollegiate Singles Champion.

Winners of the singles titles will earn an automatic berth into the 2015 USTA/ITA National Indoor Intercollegiate Championship.