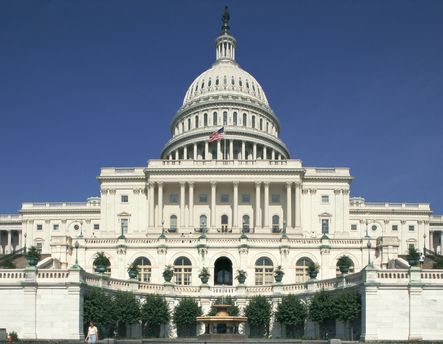 WASHINGTON D.C.—This week the news was filled with a horrific story in Florida and a very scary update on the Jaycee Dugard case. In Florida a young woman who used to work for Hooters restaurant was denied an immediate protective order against a man almost 40 years her senior, by a judge who claimed there was not enough information and details in her report to make her order valid immediately. The judge then set a date two weeks away to hear further evidence on the alleged stalking allegations. However, before the woman could go to court, she was gunned down by her stalker and shot nine times.

The young woman had done everything stalking victims are suppose to do. She documented the harassment which included e-mails to her, following her by car and even placing letters in her yard so that she and her husband would be frightened. The power the stalker felt he had over his victim is something many in the public eye know all about. It’s done daily to millions of Americans and although it’s scary to have a stranger do these things to you, it’s even more horrific when it is a person known to the victim. This woman had reportedly waited on this older gentleman for a while during her employment at the restaurant where they met.

In Jaycee Dugard’s case, her abductor, who held her for 18 years while making her a sex slave soon after she was kidnapped from her home at the age of 11, has demanded through his attorney to be allowed to know where Ms. Dugard and their two daughters are now living and he demands the right to correspond with Jaycee by mail. The prosecutor in the case filed documents including copies of Jaycee’s diary where she chronicled fear of her kidnapper, rapist and tormentor, in which she poured her heart and soul into words that on the face of it all speaks volumes about her fear of this man and his wife.

What kind of attorney would file such a motion on behalf of this type of defendant? Dugard is doing her very best to make a new life for herself and her daughters, who are both underage. Why is it the U.S. court system around the nation allow stalkers to harass their victims? These tormentors are able to walk free and the victims are victimized a second time by the court system that makes them prove they are in danger. Perhaps judges feel immunity from civil action. Judges cannot be sued civilly in any legal proceedings that they were charged with adjudicating. That may have seemed like a good idea when the U.S. Constitution was being drafted, but today many judges give free reign to menacing stalkers to further harass their victims until they commit bodily harm. Maybe we should look at changing our laws and making it easier for victims of alleged stalking to be treated more fairly and swiftly.

Pray for our troops who are in a heavy offensive in Afghanistan against the Taliban and Al Qaeda. Pray that all of our U.S. and allied troops will prevail against Islamic extremists who want to harm us. Remember our soldiers’ families as well in your daily prayers.