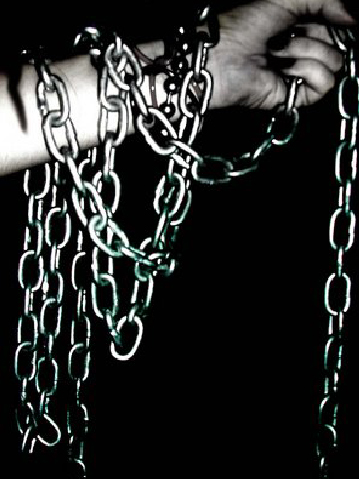 “. . . the Feuchtwanger Fellowship Residency is given annually to a writer suffering persecution in his or her home country (and) serves as a memorial to the exiles and what they gave to the world’s culture, during an earlier European age of barbarism.” — Los Angeles Times

Let me say at the outset, I may be subverting your expectations for a typical Feuchtwanger Fellowship applicant. Oh, I suspect you are profiling some hapless dude from Moldavia who has an acclaimed poetry collection and has been put under house arrest for writing a sonnet that makes fun of the dictator’s nose. As you will see shortly, my credentials as a persecuted artist are really quite impressive.

As for barbarism—I will show you barbarism of recent American vintage. It is far better than that old, boring European barbarism, so fraught with religion and politics. I, Grady Miller, have been successfully persecuted in many other new ways: persecuted economically, persecuted culturally, persecuted by missing keys (where did I leave them, where did they go? I may have to call in to work to inform them I won’t be there,  should my keys not reappear). I am persecuted by radio nutritionists who say that you must toast flax seed for 15 minutes in a toaster oven before ingesting it, otherwise, one is prey to some deleterious hormone. And I have a marked aversion to toaster ovens. I am constantly persecuted by feelings that nothing is “quite right.” I am a sucker for the purveyors of ravenous guilt, who make us feel guilt for smoking, guilt for not applying sunblock, guilt for not brushing our teeth five times a day and using a whitener. Guilt, even, for buying the cheaper milk with the label that says, on the one hand, “Our Farmers pledge not to use growth hormones” and on the other hand has tucked away a small-print declaration, “there is no scientific proof to confirm that rBST growth hormones is harmful to humans.” Go figure.

I am doubly persecuted by spam. . . First, in childhood, there was the kind you eat (or were supposed to eat, but I hid it under the table). Persecuted by a piece of chewing gum that always seems to migrate to the soles of my Italian loafers.

Now, I’m sure that other Feuchtwangerian candidates so suffer from a spate of dreary, cloud-shrouded days that they need not fret about such trifles as sunblock, and it may be imputed that their defective socio-economic-political systems lacked the required cleverness to create and successfully market a product that promulgates the feeling that humans have a degree of control over autonomous phenomena such as global warming, the stripping away of the ozone layer and how the Dodgers played this season. Oh, hubris of hubris, vanity of vanities!

As surely as Stalin stalked a trouble-making intelligentsia, I am harried by parking regulations. Did I angle my front tires in on a steep slope? Am I parked too close to a driveway? Is my car more than 18 inches from the curb?  All this—on top of ex-wives demanding emoluments, who always seem to be calling from a noisy party or crowded restaurant where everyone seems to be having such a hilarious good time. Why it’s all quite enough to want to slit one’s wrists, but I am economically persecuted and any razor is preferable for the scraping of whiskers than for self-slaughter.

I am persecuted by certain notions that hold sway in our capitalistic corner of the world. One of them, an article of faith among comedy writers, is that funny is money. So we exile tragedy. I maintain that attempts at funniness are quite often a reaction, the doomed attempts of an egg to chuckle itself out of boiling water. And laughter for this poor persecuted devil is not only the best medicine, it’s my primary medical plan. In conclusion, I would enjoin you to grant me a Feuchtwanger Fellowship residency at the splendid Miramar villa in Pacific Palisades so I can write my heart out. Pen that multi-volume, depressing, soulful indictment of our society that nobody wants to read, but which must get out of my system.

P.S. Do F.C.C. regulations permit you to say Feuchtwanger on the air?

Victoria, Australia In A “State Of Disaster”