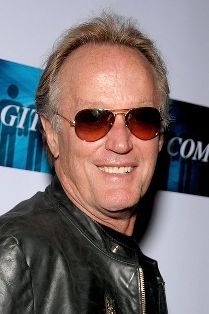 PACIFIC PALISADES—On January 12, “Easy Rider” star, Peter Fonda, reported the discovery of a dead body parked on the side of Sunset Boulevard.

Fonda was reportedly taking a walk in the area Wednesday afternoon when he came upon a vehicle parked in a no-parking zone and saw that there was a person inside the car.

Officer Sara Faden, from the Los Angeles Police Department, informed Canyon News that Fonda had called for medical attention after the individual was unresponsive to the actor’s offers of assistance.

Faden stated that at this time, there does not appear to be any evidence of foul play. The case has been turned over to the coroner for further investigation.

Brian Elias, Los Angeles Coroner’s Office, told Canyon News, “We are treating the case as an apparent suicide.” Elias claimed the time of death was possibly the same day the body was discovered, but they cannot be certain until they have completed their investigation.

The identification of the deceased party is not being released at this time.