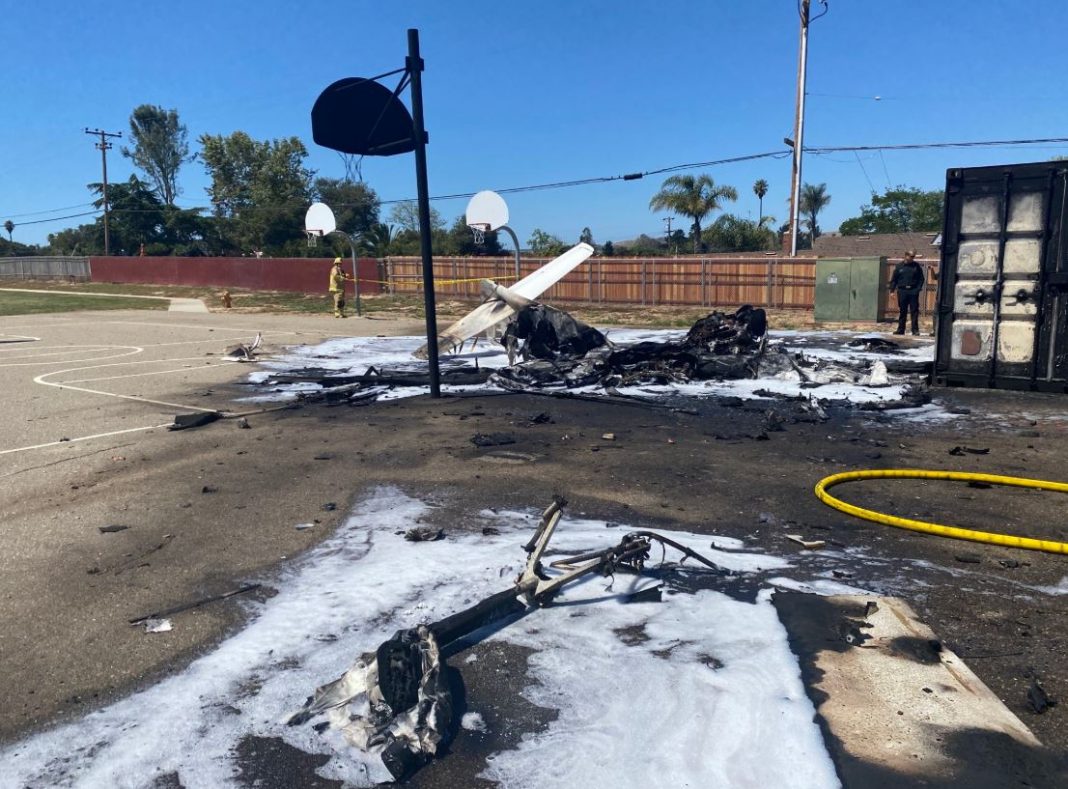 VAN NUYS—After departing from Van Nuys Airport on Tuesday, May 19, officials indicated a single-engine Cirrus SR20 plane  crashed. According to Ian Gregor, spokesman for the Federal Aviation Administration, the aircraft was headed to Santa Maria before crashing killing the pilot.

Mike Eliason, spokesman for the Santa Barbara County Fire Department noted the plane  crashed around 10:45 a.m. bursting into flames. Around this time, the plane crash-landed into Ralph Dunlap Elementary school in the Orcutt area. The aircraft was only three miles from it’s original  destination, at the Santa Maria airport. Photos have been released showing the wreckage on the playground, not far from the basketball court. Due to COVID-19, the school was not in session.

The lone occupant on board was the pilot, whom has yet to be identified. Witnesses told KTLA news that the plane, “just plummet from the sky” before bursting into flames. Footage from a neighbor’s security camera has been released, showing just a glimpse of Tuesday’s crash.

FAA investigators along with National Transportation Safety Board personnel have been on scene to determine the cause of the crash. No other information has been released.