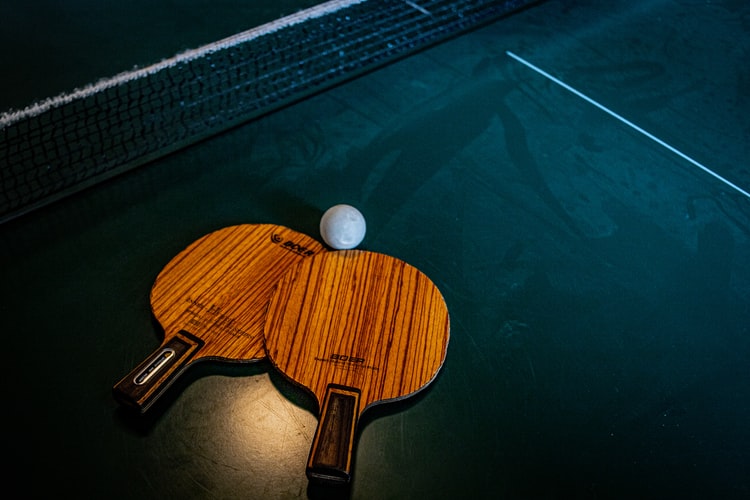 UNITED STATES—Ping pong is a great activity to improve hand-eye coordination, reflexes and overall mental health. Come up with a strategy to beat your friends with different shot selections and prevent them from winning by getting around the table as fast as you can.

Now, normally you would have to have a real ping pong table to play. But, since we’re living in a techy-techy world, that’s no longer a problem.

Yes, that’s right, you can now play ping pong with your friends over the internet via video calls and VR headsets.

Read on to learn how you can start playing now.

There’s never been a better time to pick up a real ping pong table and all the gear to go with it. Until it arrives though, you can fill the void with some VR ping pong.

There are many games out there offering you the chance to play from the comfort of your own home, but here are two of the best to try on the back of this technology trend.

The way this game plays makes it feel just like you’re playing the real thing. From throwing the ball up in the air with one hand to serve with the other, it’s pretty neat.

Of course, this means you must make sure both controllers are both charged up. The last thing you need is to miss the winning shot because of a loss of power.

Moving on, once you’ve set it all up, it’s time to play. The single-player mode is rich in different areas to play. Explore the world in different countries, each bringing its own unique feel. For example, one day you can play in the night in Japan, and in the next, you can set up the old-school environment and play in the back of a garage.

Now, an important thing to note about playing VR ping pong is that it may take some time for you to get used to the physics. The developers have done as best as they could to make it seem real but you can never fully replicate live gameplay. Keep practising until you can nail down hitting the angles, where to place your shots so your opponents make a mistake and understand how the spin mechanics work.

There are other ways to play aside from the single-player mode, namely Arcade with mini-games and Multiplayer where you can have a lot of fun playing with others.

This has been one of the best VR ping pong games ever since it came out back in 2017.  It runs on the Oculus Quest platform and uses room-scale tracking so there’s no limit on how you can engage with the game. Don’t be afraid to jump around and dive for that last-ditch effort here!

You don’t have to face a specific direction for the best experience. Simply orient the table to the correct position based on your physical surroundings and you’re good to go.

The physics in this game are great. You can make the perfect spin shot or go for the almighty smash to crush your opponent. In the Arcade mode, the game is excellent at tracking your movements and carrying out your actions. It will feel just as satisfying as playing the real thing.

Alternatively, you can turn on the Simulation settings. These require you to be more precise with your actions, including your position at the table, where you place your shots and how much force you put into the shot. If you’re looking for a challenge, this is the game mode for you. It’ll serve you hours of fun – pardon the pun.

The only other tip you need is to make sure you adjust your paddle rotation. Once you get into it, you’ll find you’re getting some good exercise by engaging your upper body. It may not be the most strenuous workout in the world, but burning a few extra calories here and there while having some fun at the same time is always a good thing.

And of course, there’s multiplayer where you can enjoy everything about this game with your friends. If they don’t have an Oculus Quest system, they can still join in the fun with the Oculus Rift and Vive platforms on PC.

People are using Zoom for all sorts of things right now, from just keeping up with friends and family to attending classes and workout sessions. Now, thanks to a company called Spin, you can play virtual ping pong through a video call.

Of course, if you tried to play the normal way and hit the ball towards your camera, chances are you’re going to break your phone, laptop or whatever device you’re using, so we’d avoid going down this route.

Instead, Spin allows you to join a party and compete in several challenges related to the game. For example, you can take part in balancing contests and fun trivia questions related to the sport.

Now, if you’ve never played ping pong before, it’s unlikely you will have the equipment on hand to just jump on in and play. As such, when you sign up to Spin, they will send you some ping pong balls to your door free of charge. If you don’t have a paddle, they have some interesting alternatives to use like a hardcover book or a mouse mat.

It goes without saying, don’t go too overboard and use things that have a high chance of breaking like a plate or tablet.

To make sure that you’re getting the best possible experience, it’s highly recommended that you bring your own drinks – a good cocktail or two will do just the trick – and dance to the funky music.

Since the game plays over a Zoom call, you can have up to 30 of your friends all playing at the same time, as long as they are all over the age of 18.