SANTA MONICA—An officer with the Santa Monica Police Department shot a man resisting arrest in the area of 10th Street and Pacific Avenue on Sunday, July 14 at 2:11 a.m.

According to a press release from the SMPD, officers received a radio call for service to the scene regarding a subject creating a disturbance, who was later identified as Wolfgang Mountford, 29, from Van Nuys. The calls described Mountford yelling loudly, throwing trash cans around and trying to open car doors. Officers responded to a similar call earlier in the morning involving the same behavior.

Following the shooting, Mountford, is a musician, singer, artist, and author in progress, posted two public videos via his Facebook page, filmed at the scene. In one video, he shows himself in police custody and his blood on the street. The other shows him in the hospital with a head wound. 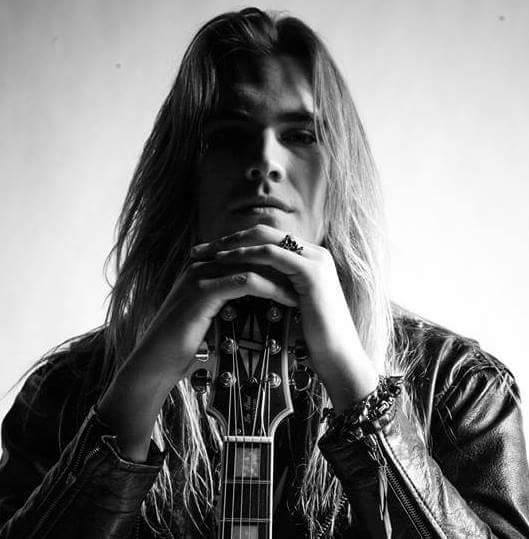 “They hit me with something really hard on the back of my head and left a gash…I needed to get 2 layers of stitches and 10 Staples just to close the wound!” he wrote in one of the video descriptions.

“I had so much of my own blood unnecessarily spilled,” Mountford wrote. “About 20 minutes before this happened I had an interaction with the police, they ran my driver’s license and they saw that I had no felonies, no warrants, no outstanding record, nothing and they thanked me for cooperating and let me go. Twenty minutes later, I’m getting either a nightstick or the butt end of some officers gun to the back of my head.”

Officers immediately began to render medical aid to the suspect. He was treated by paramedics from the Santa Monica Fire Department and transported to a local hospital in stable condition.

The SMPD indicated that Mountford was treated and later released from the hospital, but remains in police custody. He was booked at the Santa Monica Jail for Penal Code 69 – Resisting an Executive Officer with Force/Violence.

The case will be presented to the Los Angeles County District Attorney’s Office Airport Branch for filing consideration.

The SMPD Criminal Investigations Division is currently investigating the incident. The Los Angeles County District Attorney’s Officer Involved Shooting Response Team was notified and responded for an independent investigation. The Department stated that in accordance with Santa Monica Police Department Policy in relation to an officer-involved shooting, a concurrent administrative investigation has been initiated.

5 Tips To Help You Gamble Responsibly