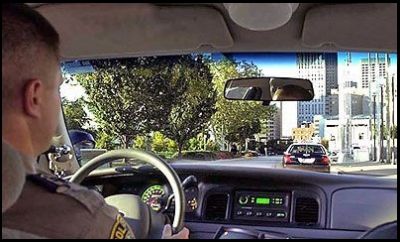 SANTA MONICA—Police are requesting the public’s assistance in finding two suspects involved in the attempted kidnapping of a female juvenile that took place January 24, at approximately 8:20 a.m.

According to police, the victim was walking along the 3100 block of Pennsylvania Avenue when she was approached by a white male who appeared to be in his 20s. He was described as 5 feet 8 inches tall with a slim build and he was wearing a gray sweatshirt with light blue jeans.

As the suspect attempted to engage the victim in conversation, she noticed another male sitting in the driver’s side of a vehicle nearby. The victim proceeded to ignore the suspect, but the suspect grabbed the victim and allegedly attempted to pull her towards the awaiting vehicle. The victim fought the suspect off and fled to the New Roads School where she informed school officials of what had happened. The school immediately contacted the Santa Monica Police and reported the incident.

The vehicle involved in the event is being described as a black four-door sedan with tinted windows. The make of the vehicle is unknown at this time.

Those who wish to provide information anonymously can do so by calling WeTip at 1-800-78-CRIME or by submitting a tip online at wetip.com. Callers may be eligible for a $1,000 reward should the information provided lead to an arrest and conviction.

Individuals can also contact Crime Stoppers by calling or texting (800) 222-TIPS, or by going online to lacrimestoppers.org. Anonymous callers may be eligible for a $1,000 reward by Crime Stoppers.