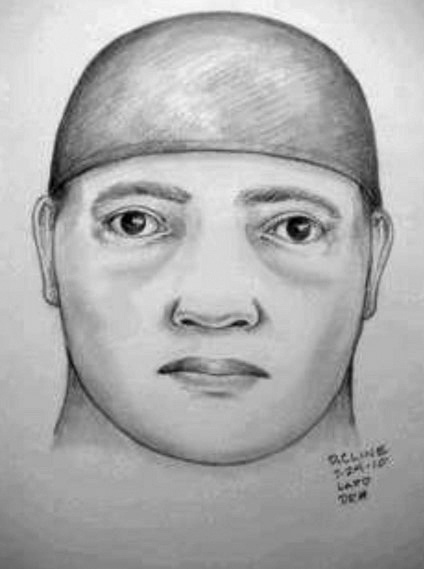 NORTH HOLLYWOOD—Police are searching for a male suspect that was seen fleeing from a single-family house fire on Saturday, July 25, at 7:10 p.m. in Valley Village. The fire, located at 11594 W. Riverside Drive, was quickly controlled by Los Angeles Fire Department officials, but the body of 34-year-old Chere Osmanhodzic was subsequently discovered upon extinguishing the flames.

In speaking with Canyon News, the North Hollywood Division of the Los Angeles Police Department stated that an investigation is still underway to determine the cause of the fire, as well as to the cause of Osmanhodzic’s death, but the LAPD is treating the case as a homicide. According to the LAFD press release, “Five companies of Los Angeles Firefighters, three LAFD Rescue Ambulances, three Arson Units, one EMS Battalion Captain, one Battalion Chief Officer Command Team [and] one Division Chief Officer Command Team” responded to a “Civilian Fatality Structure Fire,” successfully containing the fire in its room of origin in 11 minutes. The operations were led by Battalion Chief Peter Benesch.

According to the LAPD press release, “Osmanhodzic’s boyfriend, who also lived at the residence, returned from the store and confronted a man inside of the residence.  He chased the man several blocks but was not able to catch him.  Upon returning home, the boyfriend observed that his house was engulfed in flames.” There were no security bars or hindrances to impede an exit from the home, and smoke detectors were noted by fire department officials, but the “functional status has not yet been determined.”

A sketch of the suspect was released on Sunday. He is described as a Latino male in his 20s, seen wearing black shorts, a backwards baseball cap and a blue shirt. Anyone with information is asked to contact the LAPD, North Hollywood Station at 818-623-4016 or call Homicide Detectives at 818-623-4075.