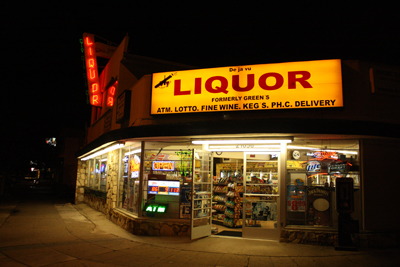 WOODLAND HILLS—On October 16, three men were reportedly involved in a series of robberies that began in the Woodland Hills area, according to the Los Angeles Police Department.  The male suspects are believed to have committed at least three armed store robberies that lasted for approximately three hours in the San Fernando Valley.

The first robbery occurred at the De Ja Vu Liquor store in the 21000 block of Ventura Boulevard. The alleged victim reported to the police that the suspects wore bandannas for face masks and demanded money at gunpoint.

During the investigation of the first robbery, the masked gunmen held up another liquor store at the 4000 block of Laurel Canyon Boulevard in North Hollywood.  Not long afterward, the same suspects allegedly held up the A&A Junior Market on the 17300 block of Roscoe Boulevard in Northridge at around 11 p.m., leaving with cash, cell phones and laptops. Approximately two miles from Saticoy Street and Reseda Boulevard, one of the suspects also robbed a person who had been traveling on foot.

It is believed that the same men may be involved in September’s similar chain of robberies that involved up to $10,000 in losses from other individuals and businesses.

The suspects are described as three black men in their 20s or 30s who had been wearing bandanna masks and latex gloves.  Though one of the suspects was apprehended by police, two are believed to remain at large.  No injuries have been reported.

Anyone with additional information on these incidents may contact 1-877-LAPD-24-7.  Anonymous calls may be directed to 1-800-222-TIPS.