According to his website, Feucht is a husband, father, the Praise & Worship leader, musician, and is the founder of three non-profit organizations.

Sean’s wife, Kate, and family helped him announce his run for Congress noting it’s time for the people of his generation to take a stand for faith and family and that it is a stand for what is right and to better the future of their children and grandchildren. 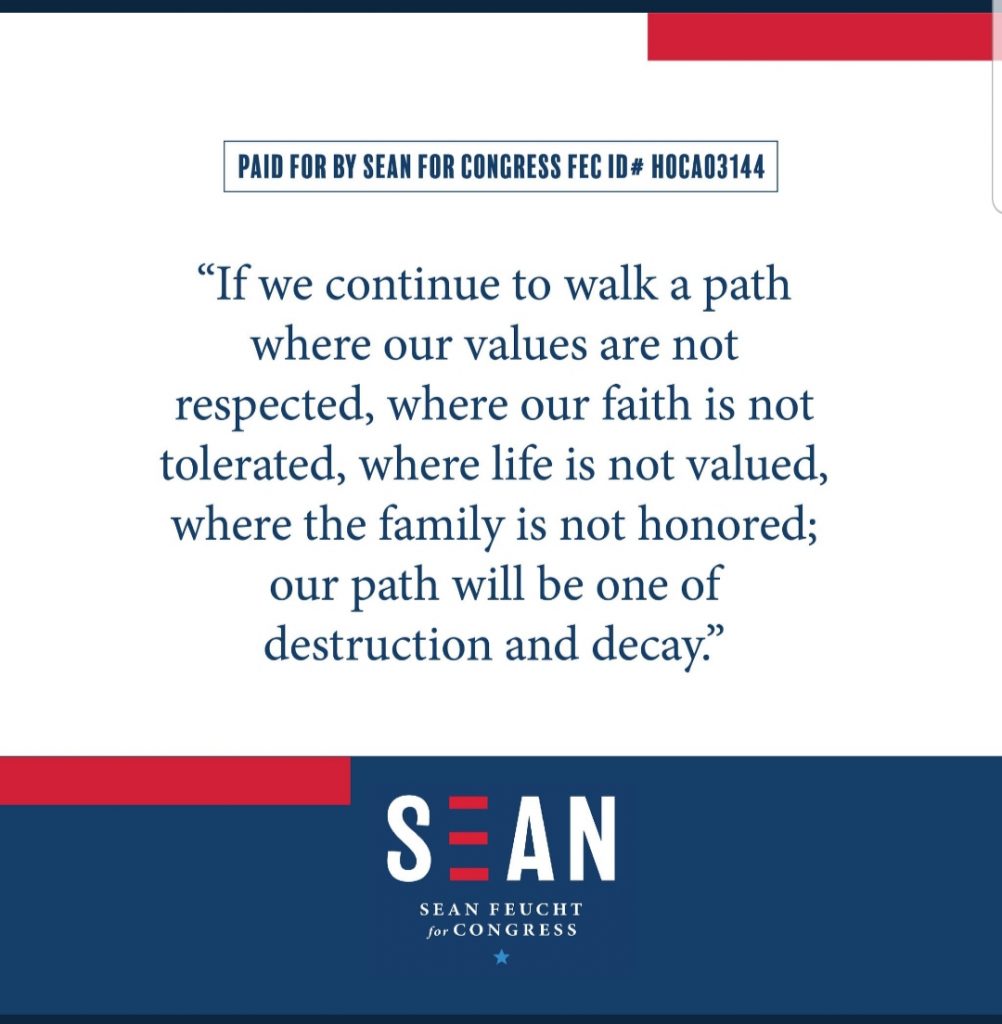 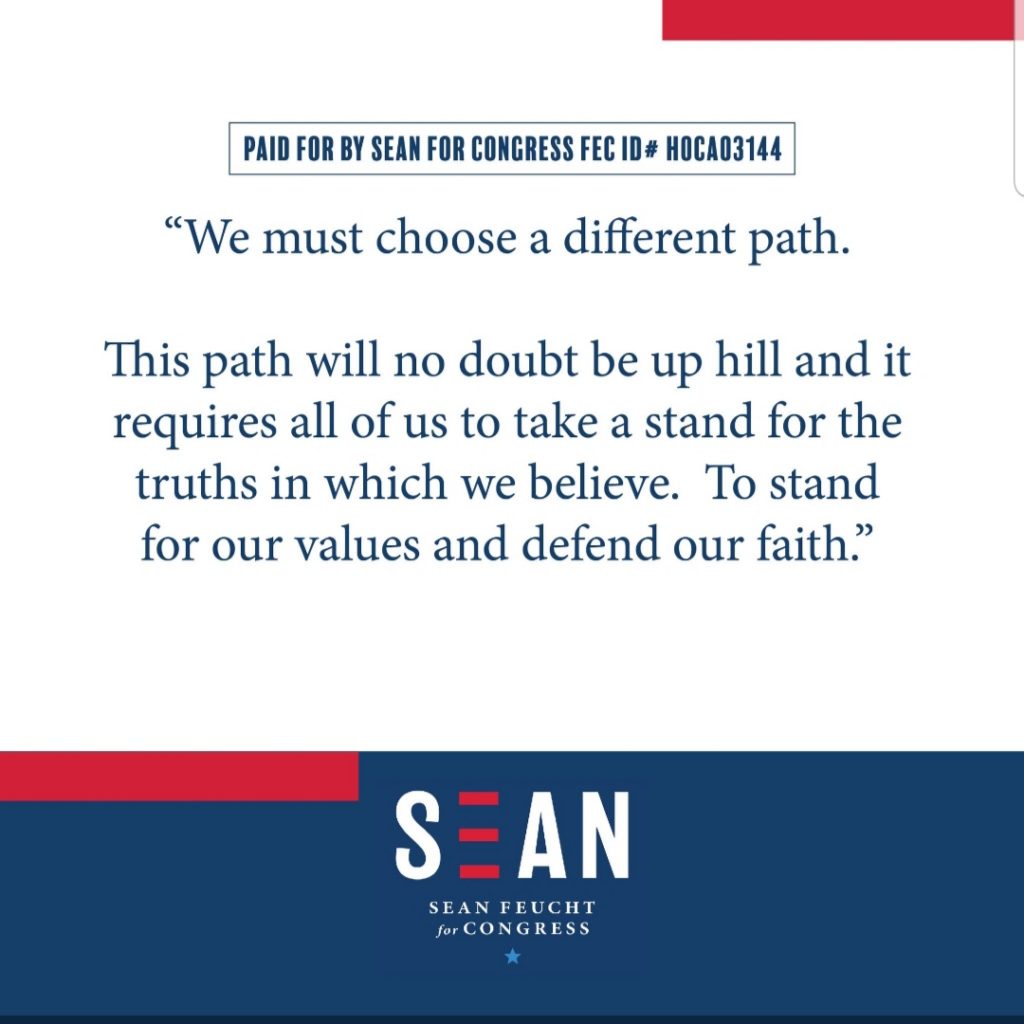 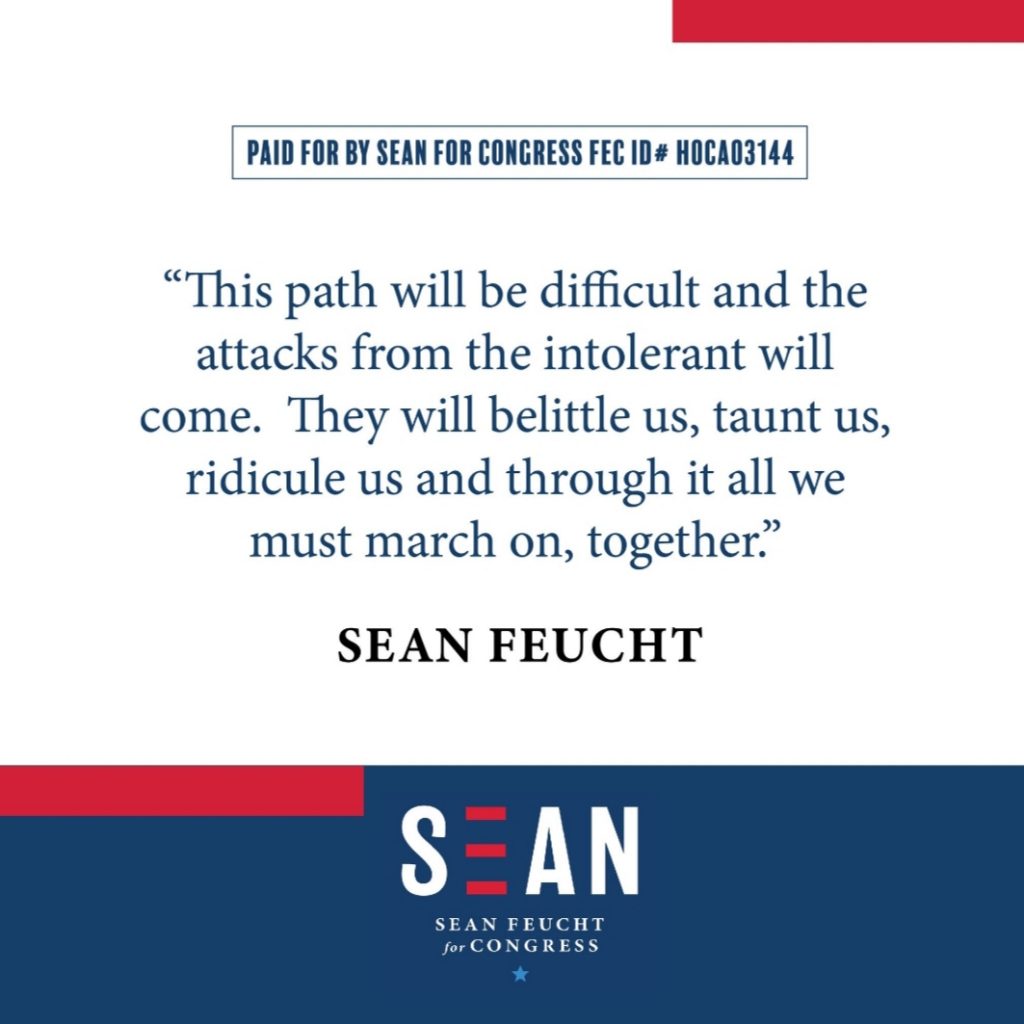