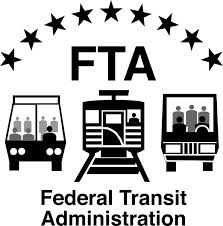 BEVERLY HILLS/WESTWOOD—The Metropolitan Transportation Authority (Metro) has begun preliminary engineering for a subway extension to Westwood that will allow passengers to reach their destinations “without having to transfer to a bus or another train,” according to a press release.

The Federal Transit Administration (FTA) approved the preliminary engineering on Monday, January 4, and field seismic testing took place on January 4 to 7, and January 7 to 11.

According to Metro Board Chairman Don Knabe, the FTA has expressed support in the project and believes the project can be completed by 2024, with help in funding. Metro is now working on having the extension to Westwood completed by 2022, and estimates that it will cost $5.34 billion if done so.

The final design of the project should be completed within 14 to 18 months. While the current environmental study phase, which includes seismic testing, is slated to end in late 2011.

For more information about the extension, visit metro.net/westside. You can also follow the project at Facebook.com/WestsideSubwayExtension, or Twitter.com/westsidesubway.