UNITED STATES—President Joe Biden held an exclusive interview with Scott Pelley of “60 Minutes” that aired on September 18. The interview was arranged with The White House to
refute claims from both Republicans and Democrats that the POTUS is losing his cognitive ability. He spoke nearly 3,000 words discussing a variety of topics including inflation.

Pelley pointed out that the DOW Jones Industrial Average dropped 1,500 points and inflation is up by 8.3 percent. He reminded the President inflation is the highest it has been in 40 years. 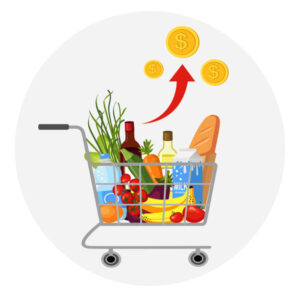 “I got that. But guess what we are, we’re in a position where for the last several months it hasn’t spiked, it has just barely… It’s been basically even. And in the meantime, we created all these jobs and prices have gone up, but they’ve come down for energy. The fact is that we’ve created 10 million new jobs since we came to office. We’re in a situation where the unemployment rate is about 3.7%,” said President Biden.

People lost their jobs during shutdowns at the beginning of the pandemic and have gone back to work. Biden took credit for increasing manufacturing jobs done prior to his administration when Trump brought automotive jobs back to the U.S. from Mexico with his Made in America campaign.

President Biden stopped the production of the Keystone XL Pipeline costing 1500 jobs in addition to independent contractors hired by Keystone.

Biden answered, “No,” in reply to Pelley’s question about inflation declining. “I’m telling the American people that we’re gonna get control of inflation.”

“To be clear, Sir, U.S. Forces, U.S. men and women, would defend Taiwan in the event of a Chinese invasion,” Pelley asked Biden who replied: “Yes.”

“After our interview a White House official told us U.S. policy has not changed. Officially, the U.S. will not say whether American forces would defend Taiwan, but the commander-in-chief had a view of his own,” said Pelley in a retraction.

Pelley told Biden, “You’re old,” and asked if he thought he was too old to do this job, President Biden answered, “Watch me.”