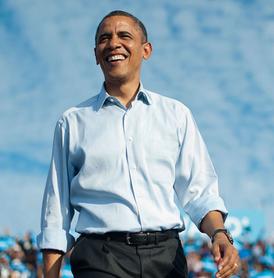 Obama expressed a desire to get back in touch with the Democrats after noticing his drop in popularity with them while attempting to appease the Republican Party.

According to the White House’s official website, Obama began his trip in California by attending the Democratic Congressional Campaign Committee (DCCC) on July 23 in San Francisco to answer a few questions about raising the minimum wage, Obamacare and more. After the President left the DCCC’s event, he made his way to Los Angeles for an event held by the Democratic National Committee (DNC) on July 23 and July 24.

The DNC’s fundraiser took place at the home of Shonda Rhimes, the writer of â€œScandalâ€ located in Hancock Park in Los Angeles and was later located at the Los Angeles Trade-Technical College.

Various Democratic outlets have been actively wishing Obama a happy 53 birthday which arrives on August 4. Despite the well wishing, Obama has recently been under pressure about facing a possible lawsuit and a possible impeachment on the horizon, according to a DCCC press release.

The DCCC cited CNN/ORC International as hosting an international poll to find out the public’s thoughts on the matter and found the majority ruled against both actions. About 37 percent of poll takers desire the impeachment of President Obama.