UNITED STATES—President Donald Trump is ending government newspaper subscriptions across all federal agencies to the New York Times and The Washington Post.

“The media’s corrupt. Not all media. I know some great people including you, but I know some great journalists,” said President Trump in an interview with Sean Hannity of Fox News on October 21. ”Look, they give Pulitzer Prizes to people who got it wrong. In all these people from the New York Times which is the fake newspaper, we don’t even want them in the White House anymore.”

The Wall Street Journal was first to report on the non-renewal of the newspaper subscriptions via a quote from Press Secretary Stephanie Grisham that read:

“Not renewing subscriptions across all federal agencies will be significant savings for taxpayers-hundreds of thousands of dollars.”

“Real journalists don’t have an agenda. They gather and present the news in an unbiased manner. They report the facts and let the citizens decide,” tweeted Grisham.

The article “Trump Urges Unity VS. Racism” faced backlash on social media where subscribers threatened to cancel their subscriptions to the New York Times. 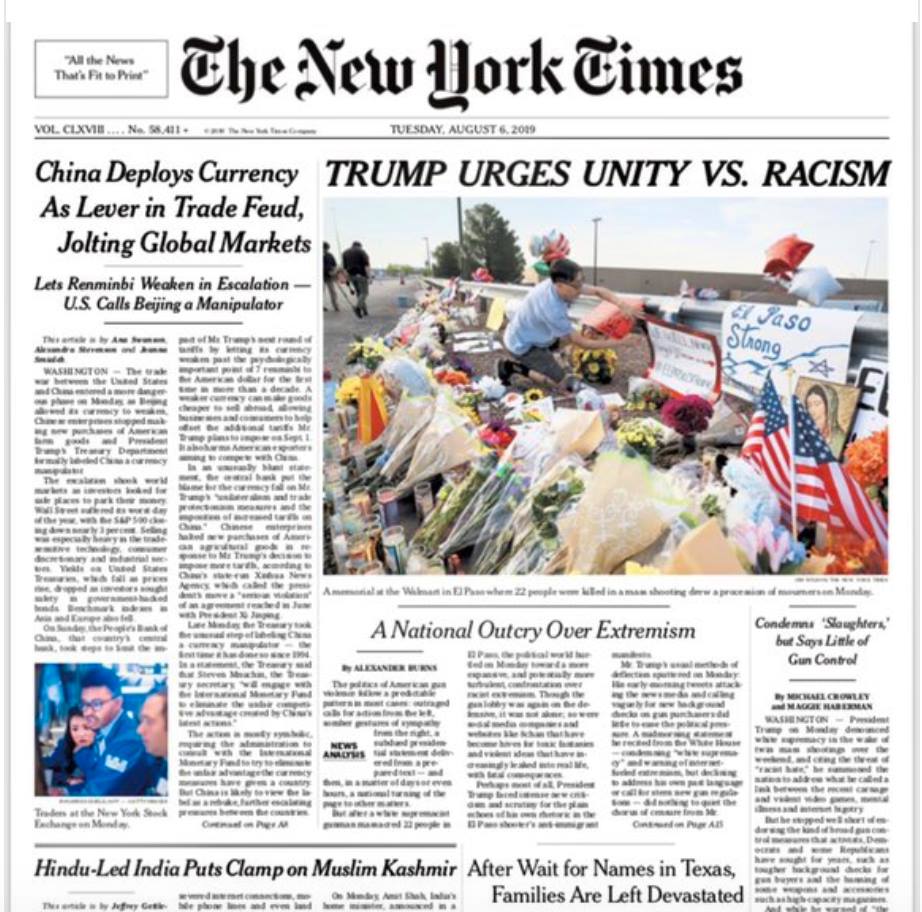 “Since you had time to thoroughly cover a stupid and tasteless meme seen by 8 people with incredible outrage, I figured you should dedicate the same time and outrage to the billboard in Times Square you hypocrites,” Donald Trump Jr. tweeted in response to the October 19 headline “Times Square Billboard Ad Shows President Trump Hogtied.”

“Despite the cancellations, the White House remains a significant customer of print journalism including Trump’s preferred first read, The New York Post,” said the New York Times in a statement.

President Trump, Former Speaker of the House, Newt Gingrich, and House Minority Leader, Kevin McCarthy called out the Washington Post on Sunday, October 27, via Facebook and Twitter for an article they wrote on the death of ISIS leader, Abu Bakr al Baghdadi. The Washington Post called the terrorist an “Austere Scholar.”