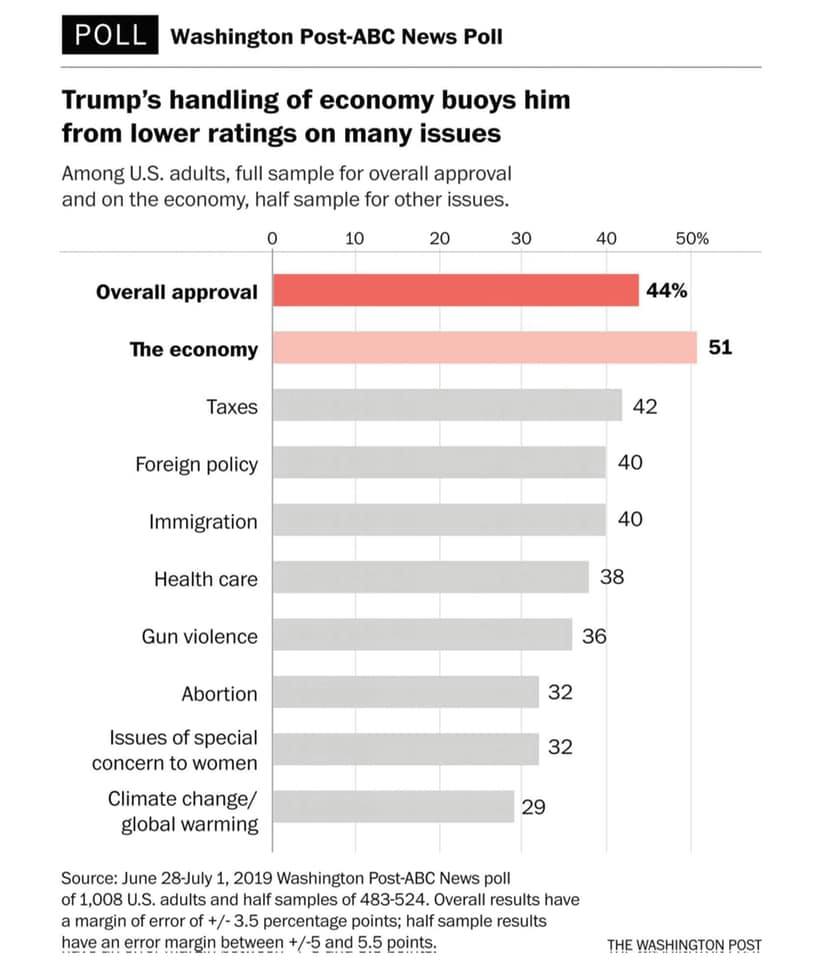 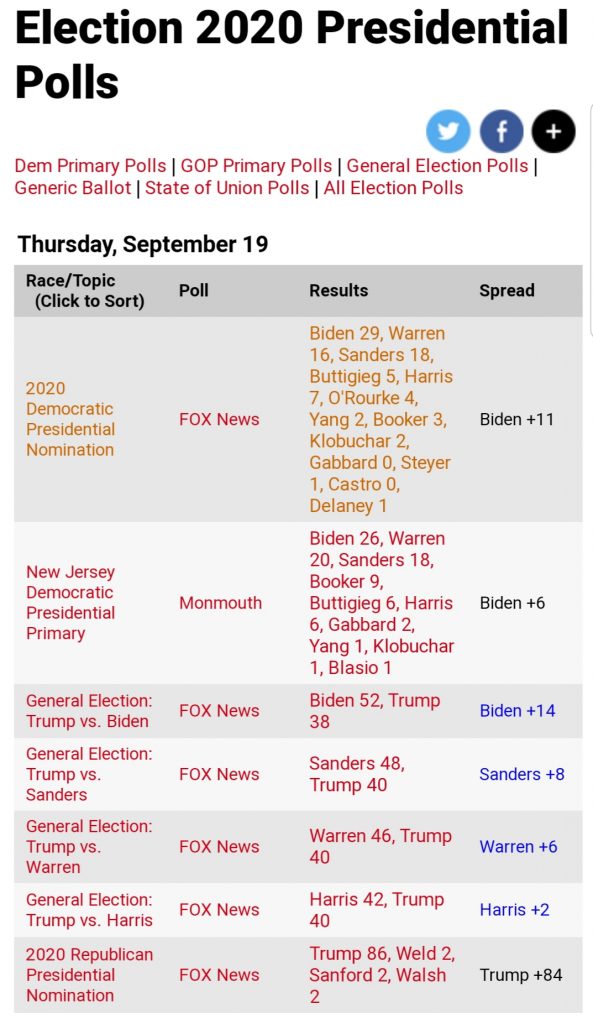 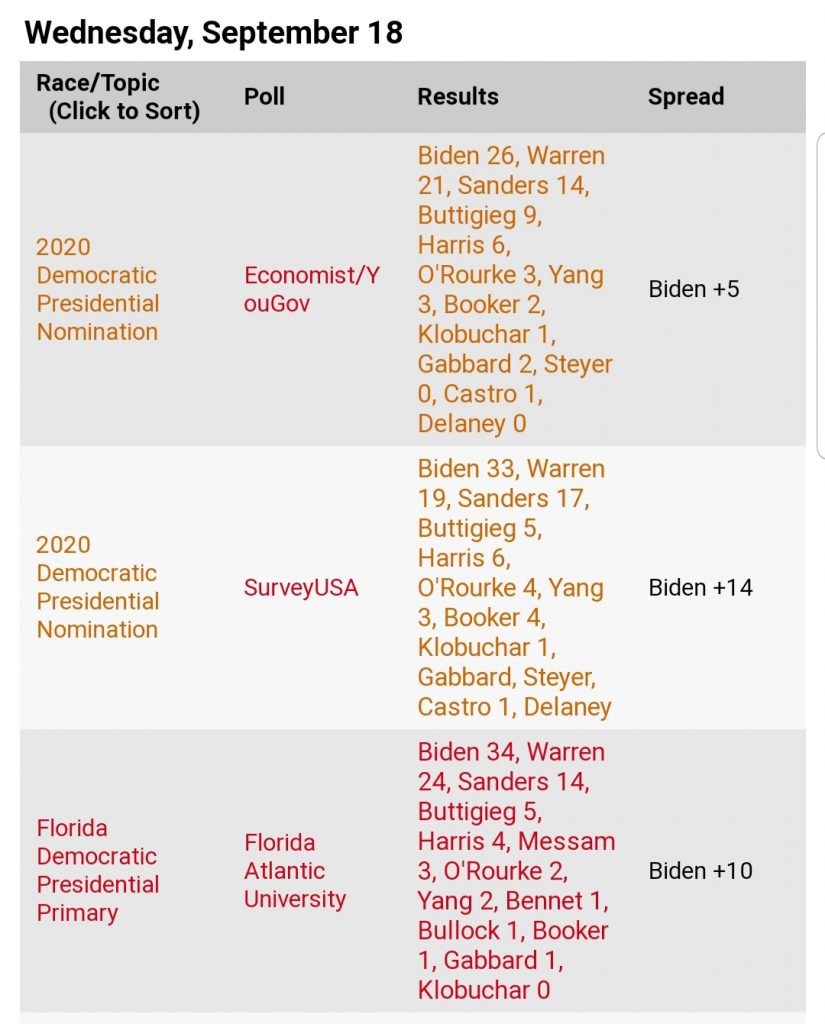 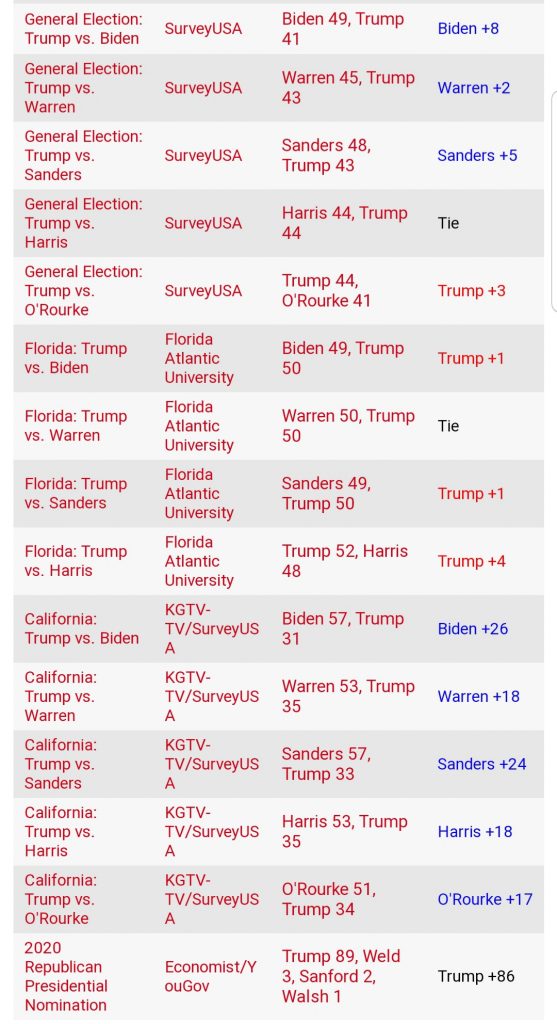 Real Clear Politics up to date polls display how each candidate would fair in the 2020 election.  Polls show President Trump’s approval rating bridging the gap of those who disapprove of his performance in online polls. 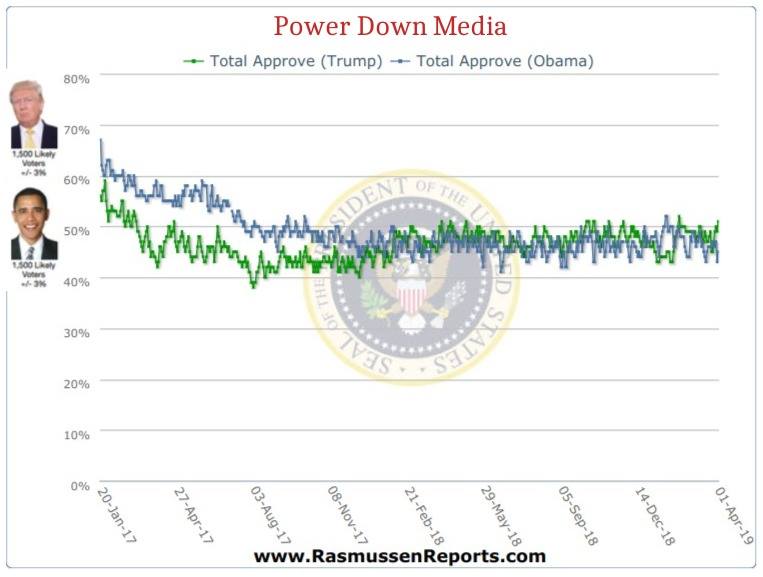