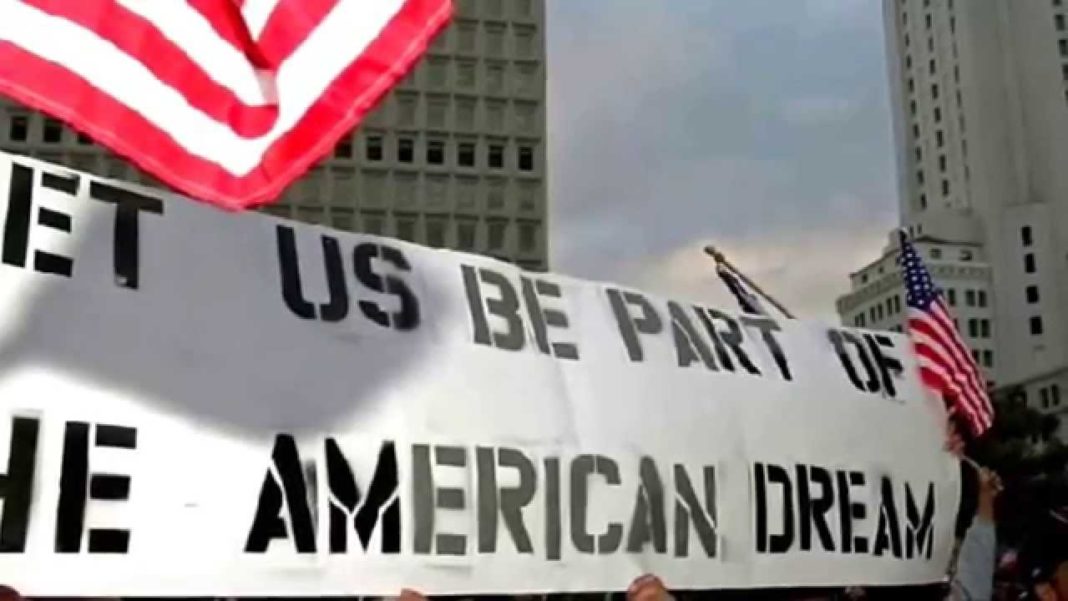 MALIBU—Children of immigrants experience the most diversity. You see your parents sacrifice for a better life, freedom, education and the right to achieve your own self made dreams. I inherited their hunger to succeed, which the Progressive Socialist agenda is trying to stifle.

My mum thought it was a good idea to accelerate my education. It wasn’t enough that I knew three languages before I could tie my shoe, but she was set on getting me into school by the time I was 4 and we’re not talking kindergarten here. She argued with the administration to take me early for first grade. When they wouldn’t, she found a school an hour away and moved all my siblings for the year into that school.

She was far too familiar with actual oppression of women, specifically in the middle east. When she immigrated to America she made a promise to herself that her children would have the foundation to succeed and all the opportunities that she didn’t.

So off we went to learn just about everything before we were even old enough to vote. My mother would learn shortcuts with each child. Being the youngest, I had the most education before my time. One of her ambitious goals was for me to start college at the same time I started high school. When my friends would go home and play video games, I’d be off to college or some type of extracurricular activity.

My first taste of the real world from an English class at UCLA. The cheery, attractive teacher, who eerily resembled Alexandria Ocasio-Cortez, often spoke of how capitalism is bad because only the rich get their needs met. She regularly declared her opinions as fact. 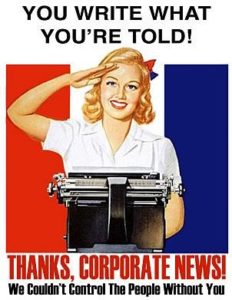 ection day, she spent the entire class telling us who and what to vote for. She expressed the importance of voting for her selections to unsuspecting obedient students who diligently took notes while she went through the entire sample ballot, promising extra credit for those to cast their ballot.

I wasn’t old enough to vote, but I was old enough to know that wasn’t right. My parents often talked about voting being sacred, a privilege of being American. My dad wasn’t yet a citizen and he would tell us quite often how lucky we were to live in a democratic nation. How we had the freedom to become anyone and do anything we put our minds to.

That Election day experience stuck with me while I observed other patterns of control, domination and conformity encouraged and often pushed by our educators.

Almost every week there was some new protest on campus. You were encouraged to participate, often by the teachers. They’d chant, yell, scream, destroy property and voice their opinions which often appeared as a life or death situation.

I began to feel a sense of panic that we were living with so much injustice and oppression. Many students were melodramatic. It was like they didn’t want peace in their lives. They had to be fighting some cause to feel worthy. How contrary that was to what my parents were teaching me about this country.

Meanwhile, I was being aggressively persuaded to get interpreters and enforce people to accommodate my deafness by the campus advocates. If someone didn’t go out of their way to accommodate every lesson, caption every video in class, they urged me to be upset and fight them, maybe sue them.

It wasn’t long before I was pushed by the disability advocates to sign up for government welfare. “They will pay all your school under Vocational Rehabilitation”, they’d say, “All you have to do is get a job, then quit it and then you have reason to file unemployment and disability.” They had the whole system worked out then I’d get free hearing aids, free books and free education.

I knew that sounded all wrong. Get a job, then quit it? My parents immediately objected, “Nothing is free, someone pays for it.” Then went on to remind me… we don’t take hand outs. We leave that for the real disabled people.

The school advocates continued to harass me on this topic and made me feel so uncomfortable that I rejected their interpreter service the next quarter because of the drama. What’s it to them whether or not my parents paid, I paid or the government paid. Why are they pushing me to take welfare?

Later, I learned that for every student on government welfare, they’d received more funding.

In classes, we often had open discussions. I was in a psychology class and they were talking about transgender issues and a male student stated his opinion which was obviously contrary to the other female (lesbian) student’s opinion. They literally battled it out in class and the teacher made the guy leave because of his opinion. I remember he remained calm he was just stating how he felt and respectfully so.

The female student was, on the contrary, emotional, hostile, aggressive and combative.  I didn’t understand why he wasn’t allowed to express his opinion without being silenced. That bothered me.

In my house when we disagreed, we listened to the other side and tried to understand their position. We’d not just scream our own points and silence the person we disagreed with.

As time went on, I realized that college was all about being a puppet to our teachers, to the leaders, to the administration… to our government.  I wasn’t going to take part in their charades, their protests, their problems were not going to be mine. I was going to be a success in this world in spite of the fact that I was first generation, a minority and deaf. The only person I’d owe my successes to… was my parents or me. I didn’t need the educators to manipulate and force me into their identity politics.

I often felt bitter about the way the public educators silenced freedom of thought, speech and expression.

When Obama promised us free health care, I was excited. Even though “free” would soon become “affordable” and neither came to fruition.

I grew up without insurance. My parents owned a family business and didn’t spend money if we didn’t need to. Insurance wasn’t considered a necessity. Luckily we were healthy and only went to see the doctors when we broke something.

During the first year of Obama’s presidency, he met with pharmaceutical executives behind closed doors. At that time I was experiencing a loved one with side effects from a pushed medication so it made me concerned about where our country was going with health care. Why was the president more loyal to pharmaceutical companies than he was to the American people?

I then noticed how the government was pressured into accepting his deal of so many pages, too many to read and they agreed to a bill they never read. I thought that was weird and controlling but again didn’t put much thought into it… after all we “could keep our same plan and same doctors”, so we were promised.

Then in 2014 when Obama required all health insurance companies to report the medical records to the IRS for each insured patient, I was scared. I knew this was not right. No one seemed to care. I immediately

canceled my health insurance… which had dramatically changed for the worse and was more costly. I would have to have $12,000 of care before the insurance kicked in. I opted to pay the penalty every year for not having health care. (Thanks Obama!) Oh well, it’s better than having my data stored in some government office to be possibly held against me in later administrations.

People told me I was overreacting. “You need health insurance”, they’d advise. I knew too well what my college years were full of. They wanted to force me into this “deaf system”. They wanted to make me dependent on a government that would ultimately decide how much money I need, what classes I need to take, etc. I wasn’t about to do that then or now. Even my deaf friends all fell for it and they are victims of the system. All living in poverty, not achieving success, because if they make too much money they lose their free money. Once you get that free money without working. It makes it less motivating to decline it and go get a real opportunity.

Last summer, I had a freak accident which turned into a medical nightmare, incurring more than $72,000 dollars in bills. As my condition seemed to get worse and I was being turned away from real treatment at the hospital because I didn’t have insurance. I thought, “Oh my God, they are going to let me die of this infection right near my brain because I don’t have health insurance.”

Each time I went into the ER, they simply stabilized me for a few days, then sent me home. That wasn’t curing me. That was their way of handling patients without insurance, “Stabilize then release”. Even though I own property and houses, and I had a real reason to not want to have my information become the governments…. they didn’t care. They only cared about that insurance card.

My health wasn’t getting better. I needed major surgery and health care. I finally gave in and signed up for Blue Shield.

Now that I have insurance and there is a possibility they are going to have a database that they share with the IRS which will include the fact that I have a disability.

Should we enter into a socialist government, as it is currently being pitched by Progressives, I am in trouble. The same loud mouth leaders in my university that tried so hard to push me into being oppressed and taking governmental hand outs are now going to control whether or not I get medical treatment or a job.

I can just hear the naysayers, “Oh it will never get to that extreme”. Did you ever imagine, in a million years, it would be legal to kill a baby in America? I didn’t… and it is in New  York.  If they can murder a baby and still sleep at night, don’t you think turning a deaf person away from a governmental job or health care would even bother them? Think again.

You see, America is meant to be a free country. Contrary to what our educators are teaching the youth, Capitalism is a great thing. It gives everyone the freedom to create their own American dream. If you take that away from us, we will be living in a Socialist dictatorship much like Venezuela. It will be a sad sad world.

There is nothing Progressive about silencing freedom and forcing people to conform.