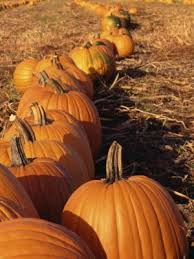 SANTA MONICA—A Halloween prank went awry in Santa Monica on October 19. A 15-year-old boy was throwing small pumpkins at passing cars with two 16-year-old friends when he was shot.

The three boys were in Ocean Park, standing grouped near Seventh Street and Ozone Street, at around 6 p.m. when a white American-made sedan stopped nearby. The young adolescents spoke with the driver and exchanged words, which in turn caused the young men to respond by throwing small pumpkins at the car. The driver then pulled out a gun and opened fire on the teenagers. The car drove away from the scene after the 15-year-old Latino male was shot.

The boy suffered from a gunshot wound in the leg. He is still recuperating in the hospital and is expected to make a full recovery. As a minor, he has not made a press statement.

Police are still on the lookout for the gunman driving the car. No arrests have been made at this time as the other young men standing with the gunshot victim have not cooperated with police on the investigation.

People may also call WeTip at 1-800-78-CRIME or submit the tip online at wetip.com. Callers will remain anonymous and may be eligible for a reward of up to $1,000.