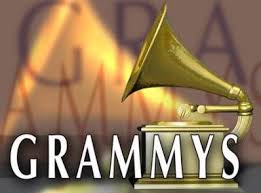 HOLLYWOOD—Ladies and Gentlemen, put your hands up for the Grammy ladies. The 52ndGrammy Awards Ceremony show that took place on January 31 at the Staples Center in Los Angeles, bestowed recognition upon relatively new artists in their early stages in the music industry, including Taylor Swift, Lady Gaga, Beyonce and Fergie. Beyonce lead the way with six awards, including Song of the Year, for “Single Ladies (Put a Ring On It).” Taylor Swift walked away with four statuettes. The 20-year-old Taylor broke a record held since 1996 by Alanis Morisette, who was 21. Lady Gaga, whose real name is Stefani Joanne Angelina Germanotta, never disappoints. You gotta love her. Lady Gaga won two dance music Grammys, making her birthday on March 28, a bit sweeter. The show was definitely full of surprises and full of show-stopping performances, unlike other years. Lady Gaga opened up the Grammy night performing “Poker Face” then joining Sir Elton John at twin grand pianos for a melody of “Speechless” and “Your Song.” The two shined in glitter, with matching black smudges on their faces.

On a dramatic, high-twirling, kinky performance of the night, Pink was fearless with aerial acrobatics, which would have been a bigger surprise, if she had not done a similar routine at the MTV’s Video Music Awards back in September. Of course, the Grammys wouldn’t be complete without a performance from my buddies Bon Jovi, who performed “We Weren’t Born To Follow,” “Who Says You Can’t Go Home” (a duet with the talented Jennifer Nettles) and the last song “Livin’ On a Prayer,” which was chosen by fans via internet voting.

A star-studded tribute including Celine Dion, Carrie Underwood, Jennifer Hudson, Usher and Smokey Robinson paid tribute to Michael Jackson in a virtual collaboration with the late Michael Jackson, singing the eco-friendly “Earth Song.” The images were dramatic, however the performance distracted from the effect of the video in the second part when the attention was focused on the live performance. It was sure missing the thriller performance for which we remember Michael Jackson. The moving acceptance speech after the performance from Jackson’s children Prince and Paris was touching accepting his lifetime-achievement Grammy. All in all, the thrillers of the show were Beyonce, Lady Gaga, Elton John and Fergie of the Black Eyed Peas, another much-deserved winner.

Now that the Grammys are over, everyone in the nation is in football mode, with Super Bowl XLIV on February 7, 2010. Most households will be hosting Super Bowl parties, which of course means, big screen TV’s, rooting for either the New Orleans Saints or Indianapolis Colts, along with big appetites. This year’s big game is at one of the hottest party spots in the nation, Miami, Florida. Brad Pitt, who has made New Orleans his adopted home, I’m sure will be rooting for the Saints. One thing you can bet the house on is that announcers will mention Hurricane Katrina every time the Saints have the football.

Carrie Underwood, the first country singer to win “American Idol” will be singing the National Anthem, and Queen Latifah is scheduled to perform “America the Beautiful.” You don’t want to miss halftime with The Who. I’m sure security will be tightened; however, bets are still on that protesters will try to interrupt Pete Townsend. Let’s see how many times Pete will do his trademark windmill move?

Speaking of American Idol, Senator-elect Scott Brown of Massachusetts says he would like his daughter Ayla to have another crack at “American Idol,” where judge Simon Cowell once described her performance as empty and robotic. The 21-year-old aspiring recording artist, a student at Boston College, made it to the show’s final 16 singers back in 2006. Ayla appeared on CBS morning program “The Early Show” to perform “No More,” which surprisingly has a beautiful, powerful voice. She has it all, beauty and talent.

Rose’s Scoop: The news of Katie Stevens, the contestant on “American Idol” making it to Hollywood has reached her family all the way in Portugal. Everyone is simply touched with her close ties with her ailing grandmother who has Alzheimer’s.