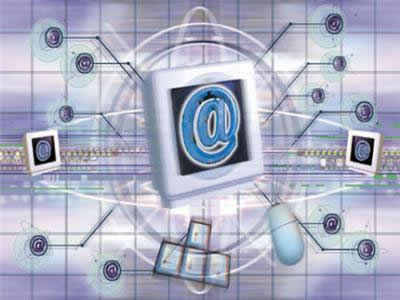 HOLLYWOOD—Time and again, I will look up a quote on the Internet to “get it right,” and I’ll find my head spinning in a fashion that will stir Linda Blair’s envy. One good example is Groucho Marx’s, “I’ve been rich and I’ve been poor. Believe me, richer is better.” So I looked it up to put to rest the apprehension that the ”˜believe me’ may be a Grady embellishment to the quote. I googled “Groucho and Rich,” and found the same quote blamed variously on, Groucho Marx, W.C. Fields and Sophie Tucker.

Quotes attributed to this or that celebrity, sprinkle a bit of magic on our own drab thoughts. When you credit an acorn to Einstein or Gandhi, you lay the groundwork for an appropriate awe. Mark Twain promises irreverence and righteous anger; Machiavelli, unblinking nasty, well, Machiavellian truth. The power of persona is at work when a useful insight and a name combine neatly to produce the proper dramatic effect.
Last week I wanted to look up a profound and phenomenally inspiring quote from Nelson Mandela’s inaugural speech:
“Your playing small does not serve the world”¦As we let our own light shine, we unconsciously give other people permission to do the same.”

Turns out, these are the most famous words uttered in the most famous speech Mandela never gave. An internet detour shows they were penned by Marianne Williamson, the Los Angeles inspirational, whose talks can be heard every Tuesday night at the former Regent Showcase Theater on La Brea Avenue. She is the flesh and blood person responsible for the thought heard around the world: credited to Mandela it has spread like herpes in myriad inspirational books and movies (“Invictus” and “Akeelah and the Bee”). I love and respect Marianne Williamson, but stripped of Mandela’s pedigree, his stature as moral leader, the quote doesn’t have the same universal cachet.

This case reminds me of an immensely popular poem by Jorge Luis Borges, the writer’s most widely quoted: “Moments”. It’s the kind of poetry that gets mainlined into the cultural bloodstream, that people spontaneously recall at moments, beautiful or tragic, to find solace. In it a repentant Borges speaks to each of us, and the desire to lead life to the fullest.

I was one of those that never went anywhere without a thermometer, a hot-water bottle, an umbrella, and a parachute; If I could live again, I would travel lighter.

If I could live again, I would begin to walk barefoot from the beginning of spring and I would continue barefoot until autumn ends.
I would take more cart rides, contemplate more dawns, and play with more children, If I had another life ahead of me. But already you see, I am 85,  and I know I am dying.

The emotion of this poem reverberates. In Latin America, it appears blazoned on T-shirts; secretaries pin it near their desk to cheer up. It’s a bit of viral wisdom to get us through the happy-sad treadmill. Once at a quinceaÃ±era, an earnest adept brought me a worn xerox copy from his car. Under its influence, we proceeded to take off our shoes and walk barefoot.

Years after encountering the Borges poem, I came to the end of Tony Robbin’s motivational behemoth, “Awaken the Giant Within.” He writes on the final page, and I quote:

“86-year-old Nadine Stair said it best:
I’ve been one of those persons who never goes anywhere without a thermometer, a hot-water bottle, a raincoat, and a parachute. If I could live again, I would travel lighter than I have.

If I had my life to live over, I would start barefoot earlier in the spring and I would stay that way later in the fall. I would go to more dances. I would ride more merry-go-rounds. I would pick more daisies.”
A tingling sensation ran up and down my spine. Gee, I thought, those words sounded mighty familiar. And then it sank in: this and the Borges poem were dead ringers. But who wrote what? Thanks to Tony Robbins I was suddenly on the trail of a mind-blowing literary mystery.