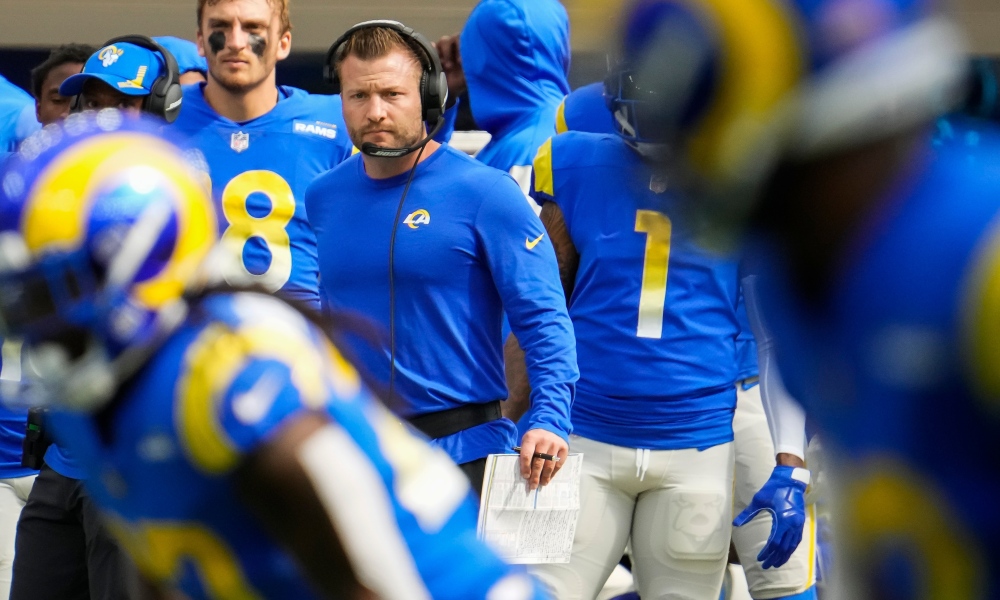 INGLEWOOD—In light of the resurgent COVID-19 outbreak sweeping the nation, the Los Angeles Rams have been decimated by the global pandemic, with more than two dozen players on the Reserve/COVID protocol list. The NFL made the logical decision and postponed the NFC West showdown between the Seattle Seahawks and the Los Angeles Rams.

The game was originally scheduled on Sunday at 1:25 p.m.  at the SoFi Stadium. Are you ready for some Tuesday afternoon football? That question will be answered on Tuesday, December 21 as the Seattle Seahawks take on the Los Angeles Rams at 4 p.m.

The NFL made the stunning announcement on Friday, December, 17. Two other games were also moved due to the surge of positive COVID tests. The Las Vegas Raiders and  Cleveland Browns game was supposed to take place on Saturday. Instead, the Raiders and Browns played on Monday at 2 p.m.  In addition, the Washington Football Team Philadelphia Eagles game has been moved to Tuesday afternoon.

As of Thursday, the Rams placed 25 players from the roster and practice squad on the NFL’s reserve/COVID-19 list, including star cornerback Jalen Ramsey, star receiver Odell Beckham Jr., star linebacker Von Miller, starting safety Jordan Fuller and starting offensive lineman Rob Havenstein. Things changed slightly over the weekend with some of the best Ram players on both sides of the ball being able to suit up for Tuesday’s pivotal contest.

As of Sunday, Beckham Jr., Ramsey and Miller have been cleared to play. With a win the Rams (9-4) can share the NFC West lead with the Arizona Cardinals, who were upset this week by Jared Goff and the Detroit Lions. Two coaches will also miss the game, running backs coach Thomas Brown and offensive assistant Zak Kromer.

The NFL agreed in July 2021 to ensure that the league would do everything possible to minimize the competitive and economic burden on both teams impacted by a spike in COVID-19 related cases due to vaccinated players.

The Seattle Seahawks are angry about the postponement. The Seahawks also have players on the Reserve/COVID-19 list.

This postponement gives the Rams no competitive advantage. It hinders their chances of capturing the NFC West.

After the Seahawks game, the Rams will hit the road to face the Minnesota Vikings just five days later. The home stretch will test the Rams resolve leading up to the NFC Playoffs. Kickoff is slated for 4 p.m. at SoFi Stadium on Tuesday, December 21. The game will air on FOX 11.