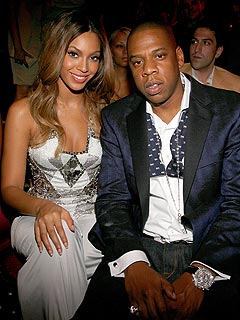 HOLLYWOOD—Celebrities love to be different, and part of that uniqueness is giving a child a bizarre name. Celebrity babies live a celebrity lifestyle so it’s okay for them. However, for an ordinary child from an ordinary family, it could cause distress, emotional pain and scarring. We all have heard the unusual celebrity names from Apple to Zuma Nesta Rock Rossdale and now Blue Ivy Carter.

Hip-Hop’s royal couple Beyonce Knowles and longtime hubby Jay-Z, (in Hollywood’s standards) are the proud parents of baby girl Blue Ivy Carter. According to reports the couple paid $1.3 million dollars to rent out the fourth floor of Lenox Hill Hospital in New York on January 7. The power couple have always made news since the inception of them as an item since 2002. Even the lavish wedding that took place on April 4, 2008 at Jay-Z’s Tribeca apartment building at 195 Hudson St. in Manhattan raised eyebrows. Everything has always been high-profile with the couple. Their guests at the wedding included “Destiny’s Child” bandmate, Kelly Rowland, Michele Williams and actress Gwyneth Paltrow, both dressed in white.

Rumors (which were later refuted) swirled that the couple, before the birth of Blue Ivy, didn’t bat an eyelash when it came to dishing out $1.3 million. Money has never been a problem for Jay- Z, with the $150 million dollar deal with concert promoter Live Nation, and his other business ventures including clothing lines and other merchandising. According to reports,  years ago he sold a chain of 40/40 nightclubs and his clothing line, Rocawear for a reported $204 million.

Beyonce already has an estimated net worth of somewhere in the nine figure range. With the music and other business ventures including movies it’s estimated at $115 million to $300 million. It could be more, not bad for pocket change. Now with the baby here, including the new rap a bye baby lyrics, the track could bring in more money. The lyrics hint that Baby Blue was conceived last April in Paris, along with the previous miscarriage of Beyonce, and his troubled childhood when his dad, Adnes Reeves walked out on (real -name Shawn Corey Carter) Jay-Z. The song “Glory” made its debut on his social website Life and Times on Monday, confirming the birth of their daughter. Little Baby Blue is growing in popularity already being named Notorious B.I.C. due to the hoopla over her birth. Some parents were furious that they were denied access to the floor, even though their infants were on the same floor. One thing is for sure, money talks. Two days after the birth of Baby Blue an official statement from the couple was released: “We are happy to announce the arrival of our beautiful daughter, Blue Ivy Carter.”

Rose’s Scoop: Gayle King made her debut on CBS on January 9 on “CBS This Morning,” which many tuned to in order to watch the sunny, bubbly personality, who everyone says is a sweetheart.

Rose may be reached at Rose.Quintiliano@Canyon-news.com