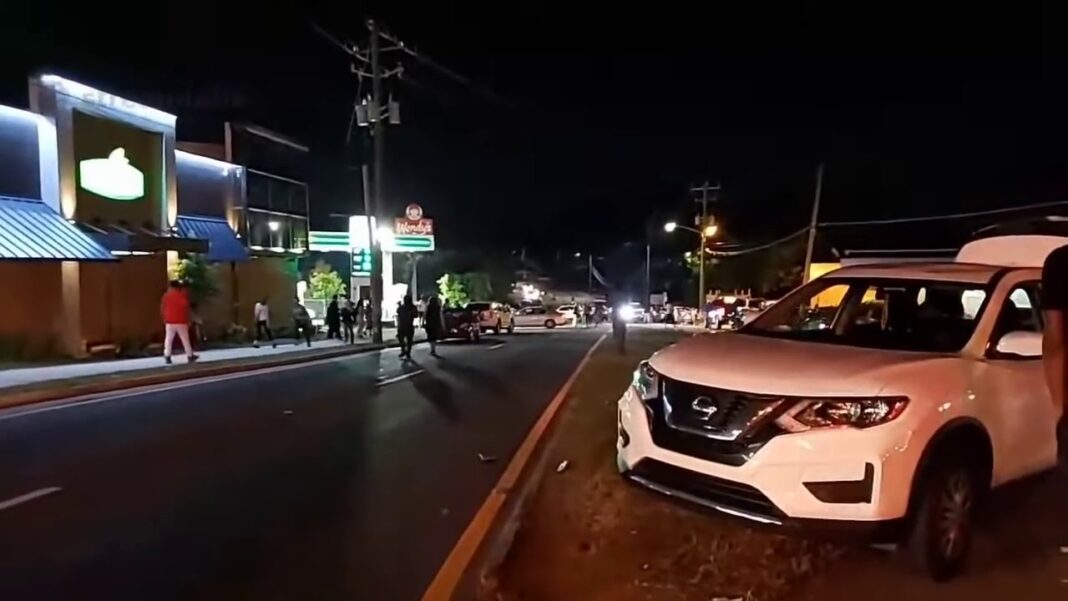 ATLANTA, GA—At around 11:50 p.m. on Friday, June 12, Rayshard Brooks was shot and killed by Garrett Rolfe, an Atlanta Police Department (APD) officer. A video was recorded during a vigil for Brooks on Friday, June 19 and a minimum of 23 gunshots could be heard in the background. A woman was also filmed getting shot in the leg and falling.

Brooks was the subject of a complaint on June 12 about someone sleeping in a car, blocking the drive-through lane at a Wendy’s outlet. APD officer Devin Brosnan was sent to the scene initially, and radioed a call for a DUI-certified officer: Rolfe. Video footage of the ultimately fatal encounter shows Brooks grabbing an officer’s taser and attempting to run away, after Rolfe carried out a field sobriety test and tried handcuffing the victim. Brooks was shot in the back twice and was taken in an ambulance to the hospital, where he died.

The recording of the vigil begins with a group of people milling about. The videographer eventually notices someone – who does not appear to be a police officer – carrying a gun.

2 gunshots can be heard shortly afterwards – in the direction where many people, including the cameraman, were headed. Dozens of people were recorded scrambling away from the shots.

More shots can be heard, and as the videographer yells “fuck, fuck, get down, get down,” a woman screams and falls to the ground. The former asks if she is fine and if she was hit, then cries “it almost hit me!” The videographer can be heard asking people to call an ambulance – this request is echoed by several others – and to “tie something around her legs,” where the woman was shot.

Several people come to help the woman, and another round of gunfire can be heard despite pleas from the videographer asking people to “stop shooting.” He also warns another woman to keep her bag close by, and someone else says that the bullet seems to have gone “all the way through.”