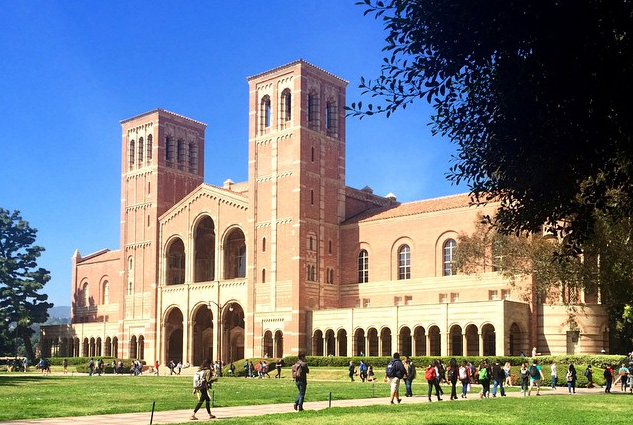 UNITED STATES—A woman I know graduated high school with a 4.2 grade point average, but was denied entrance to UCLA. Their rejection letter was remarkably candid, acknowledging that she was qualified to attend but in the interest of other minority students who were equally qualified, they chose the student with a minority background.

At first this woman was a little angry, but she and her mother soon got over it. Her mother knew that she would succeed at another university and explained that it wasn’t so bad to give her place to someone who might not have fared as well in gaining admittance to another school.

Her mother was right. Her daughter graduated somewhere else in three years with honors and went on to graduate school at a prestigious private university.

In this example, it appears that affirmative action as we have previously defined it, worked exactly as it should have; it was a win-win for both the one accepted to UCLA and for the one who was not.

But now we must acknowledge the new definition of affirmative action. Too many students get in, but not because they are black, brown or yellow. The color du jour is now green, as in how much money will parents shell out for their ill-equipped children to attend elite universities.

Only the most naïve would believe that this is a new phenomenon. There have always been legacy acceptances and money donated to universities to sweeten the deal. However, even in this age of cynicism and distrust, the extremes to which some parents went to in order to get their unqualified kids into college shocked even the most jaded of us.

This is nothing like the above example where two people were equally qualified. This is having others take tests for others, for changing the answers, for photo shopping athletes’ bodies under the faces of these con artists, for saying they are skilled in a sport in which they never even picked up the equipment used in that sport. And for shelling out literally millions of dollars for this deceit at the expense of truly qualified applicants who were shoved aside for the benefit of others with shameless helicopter parents.

And let’s not forget those at the universities who were as corrupt as these parents, accepting hundreds of thousands of dollars for ensuring a slot for these unworthy candidates.

In a perfect world, it would be fair if penalties would be commensurate with what transpired, which is simply affirmative action in its ugliest form. So here are a few suggestions:

-Revoke the acceptance of those admitted fraudulently.

-Try to locate the students who were unfairly forced out of the competition, and have those parents pay for their full tuition to the school of their choice.

– Revoke the diplomas of anyone who graduated by falsifying their application and/or cheating on test scores. This may sound harsh if the children knew nothing about it, but it seems a stretch of the imagination to believe that they weren’t at least curious as to why they got accepted based on their non-existent athletic ability.

– Penalize the parents for deducting the cost of their bribes as a charitable contribution on their tax returns.

– Don’t reward these parents with future acting jobs, interviews, book deals or other forms of self-promotion when they eventually try to re-invent themselves. Will they feel contrite and if so, would they feel remorse only because they got caught? Did cheating for their older child give them pause; if so, then why did they do it again with their younger ones?

To the parents of these scandalized young adults – with names like Felicity, Lori, Mossimo, Devin and Toby to name just a few – maybe you should think about heeding the words of Harry Belafonte when he said, “I wanted to give my children all they wanted, all I hadn’t had. In so doing, I may have deprived them of what they needed most: the grit and the tools to take on the world and make their own way.”

Your children may be rich and attractive, but you have damaged them in ways that will affect the rest of their lives. Think of them as addicted to your intrusive, over-zealous ways to go where you think they belong. None of them belong in an elite university. You have contaminated them and now they are miserably unprepared for dealing with the world that most of us inhabit.

That is some shameful legacy for parents who recklessly did whatever they could to manufacture just the opposite.