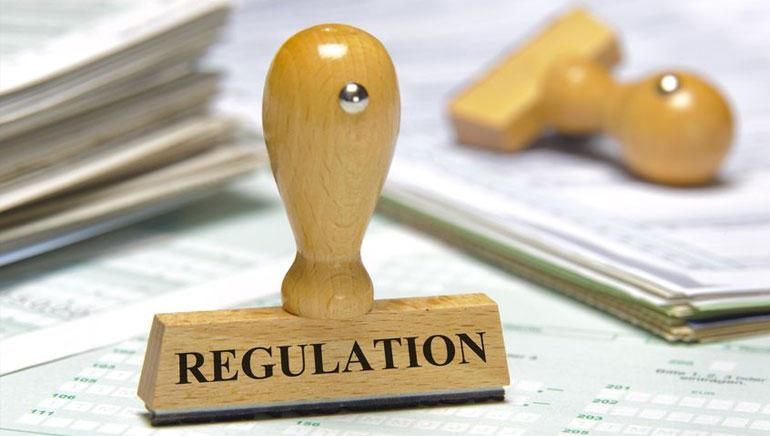 UNITED STATES—Thankfully most people in the world are honest and law-abiding, and thus only too happy to follow the laws, regulations and statutes of their respective countries and/or territories even if they don’t 100% agree with them. This is especially true in democratic nations where citizens have the vote and therefore have a say about who is elected to office to best represent their interests.

Take the international popular activity of online gambling for instance. Although a large percentage of computer and internet-savvy gamblers across the globe have embraced online casinos, poker rooms, bingo halls, sportsbooks and lottery sites, in many cases their governments haven’t regulated this popular internet activity within their borders yet, or worse, have banned it outright.

Consider the United States, the oldest, largest and best-known democracy on the planet, and home to the gambling cities of Las Vegas, Reno and Atlantic City, and numerous Native American casinos. The US was also one of the earliest adopters of online casino gaming, when in the mid-1990s online casinos sprouted like mushrooms, birthing a whole new generation of virtual gamblers. As such, the United States serves as the perfect cautionary tales as to why regulation is the only fair alternative for online casinos which is detailed below:

With the availability of online casinos to Americans, no longer did players have to travel down the road or interstate to a casino to play their favourite games as they could now access these games on their PC or laptop 24/7 in their own homes. All they needed was a computer, an internet connection, the means and method to fund their online casino accounts, and to be of the legal gambling age to play real money slots, video poker, roulette, blackjack, keno, baccarat, progressives and others.

During this period many reputable licensed (and regulated) online casinos emerged and cemented their reputations for offering players generous bonuses and big selections of fair games with the most lucrative pay outs. Unfortunately, less fair and less than scrupulous online casinos also began to emerge. These ‘rogue’ casinos left many US players unsatisfied and wanting, with little or no recourse due to them being based and operated offshore, and thus outside their reach.

This, coupled with the growing dissatisfaction of the American land casino industry which felt it was losing billions of dollars to remote casinos finally came to a head on October 13, 2006. On that day US Congress shocked not only US online casino fans, but the global gambling community when it passed the Internet Gambling Prohibition and Enforcement Act (UIGEA), which was signed into law by then President, George W. Bush.

UIGEA made it illegal for US banks and other financial institutions to process online gambling-related payments from US citizens. The result, as expected, is that US banks cracked down on online gaming payments which made it very difficult for US players to fund their remote gambling accounts. At no point, however, did UIGEA make it illegal for Americans to gamble online. As the number of American online gamblers declined as a result of UIGEA, so the number of online gamblers from other countries began to grow, and online casinos and other gaming sites began to focus their attention on them instead. However, on Friday April 15th, 2011 US authorities seized and shut down the domains of several high-profile offshore online poker sites and arrested a handful of senior gaming and payment processor executives in what was known as “Black Friday.”

Up until this point online gambling was deemed to be federally unfeasible in the US because of the Interstate Wire Act of 1961, which prohibited certain types of interstate gambling practices, which seemingly included online gambling. However, on Friday, December 23, 2011 the US Department of Justice confirmed that the Wire Act solely prohibits interstate sports betting activities, opening the way for individual states to regulate their own online gambling industries.

Only Three States in the US Have regulated Online Gambling

Fast forward to today, where just three US states – Nevada, New Jersey and Delaware – have regulated online gambling, while California and Pennsylvania are still reportedly considering regulating. If you look at how the United Kingdom has handled online gambling regulation compared to the United States, it’s ‘chalk and cheese.’ Where the US government – on both a federal and state level –has proved to have a predominantly anti-online gambling stance, the UK government has always had a pro-online gambling stance and is infinitely more pragmatic, and has been since 2007. That was the year the UK Gambling Commission opened its doors due to a directive in the Gambling Act 2005, which called for the launch of a UK government gaming body to regulate commercial gambling (land and online) in Great Britain in association with the country’s licensing authorities.

The UK Regulated Rather Than Prohibited Online Casinos

This came about as the UK government recognized that online gambling was only going to become more popular and prevalent and that by legalizing and regulating instead of prohibiting, it could make the activity much safer for UK citizens, hold its respective licensees i.e. gaming operators fully accountable, and generate hundreds of millions of pounds in fees and taxes for the nation’s coffers.

Although some of the UK’s longest running land and online gambling firms left the country for more tax-friendly climes to avoid paying what they consider “too-high taxes,” UK gamblers have benefited the most from online gambling regulation in the UK.

For instance, every online casino that targets players in the UK must have a license issued by the Gambling Commission and prominently display it on the casino website. This informs players that the casino is licensed and thus safe and trustworthy to register with and play on. In addition, the procedure for applying for and being granted a UK online gambling license is lengthy, strict and thorough, and so designed to root out unsuitable gaming firms, practices and executives. The UK Gambling Commission is also geared to handle player disputes or complaints against UK licensees to help ensure that every player gets a fair deal, and that if found to be in the wrong, that the respective gaming site or firm is held accountable.

Fortunately the UK is just one of a handful of countries, territories or jurisdictions with legalized and/or regulated online gambling industries including:

Australia Has Chosen Not To Regulate

One notable exception, however, is Australia. Despite its long and rich gambling heritage, especially when it comes to pokies (slot machines), lotteries and betting, and the fact it’s citizens have been able to gamble online unhindered and without regulations since the advent of online gambling, that all ended in August 2017. In that month the Australian Senate passed the Interactive Gambling Amendment Bill 2016 which banned all online casino and poker sites, services and play nationwide. Designed to stop unlicensed online casino and poker operators from targeting Australian players, the bill failed to make any allowances for the future legalization and regulation of online gambling Down Under.

The government justified the passing of the bill by explaining it was for the protection of players, although by all reports, said players, most of whom say Australia should regulate, are fuming that their democratic right and freedom to gamble online as they choose has been rescinded.