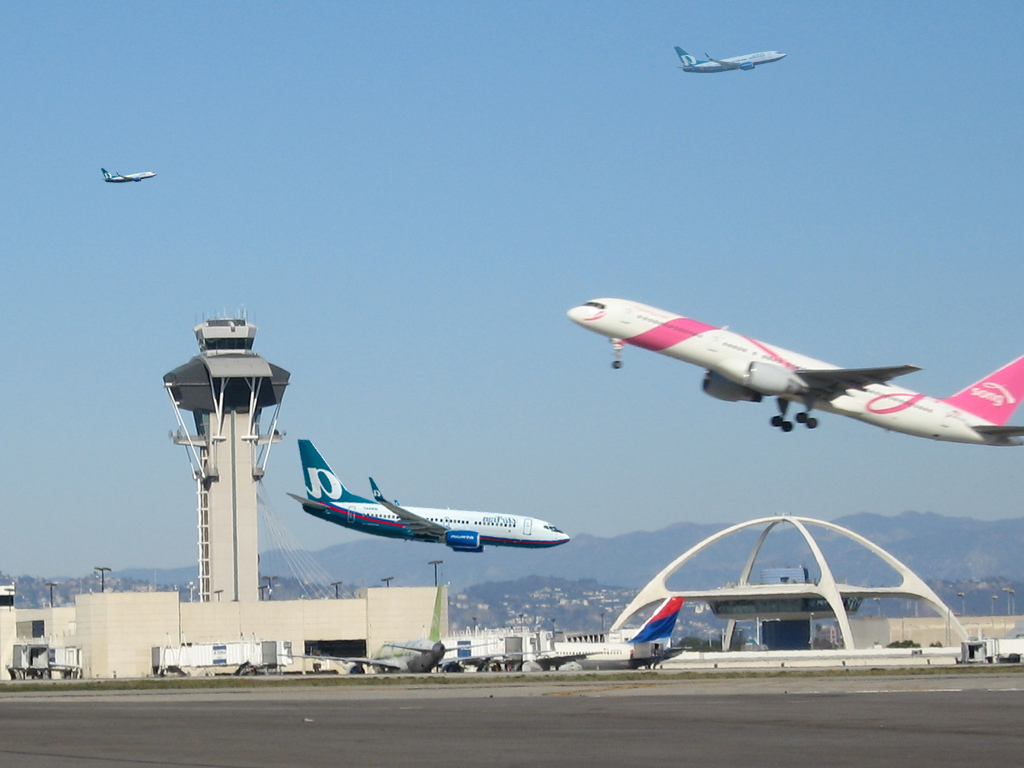 SANTA MONICA—Residents of the city and the FAA are at odds over the recent increase of planes that have been flying over the Ocean Park and Sunset Park neighborhoods when fog or clouds come in from the Pacific. Neighbors of the two communities say the flyovers have grown too much and their way of life is in jeopardy.

Speculation from residents is that many pilots are taking shortcuts over their neighborhood because it’s convenient. In December 10, 2009, the FAA began an experiment that directs departing propeller planes that use the Santa Monica Airport to head over Sunset Park and Ocean Park when fog and clouds require the planes’ pilots to use their instruments. In the past, the departure route has been toward the sea via the Penmar Golf Course and off Rose Avenue. However, the experiment, which has been ongoing since that time, has led to testy community residents who claim it’s now being overused. “I am all for safety, but the planes now sound as if they are getting closer and it wakes us up at night,” said Jay, an Ocean Park resident. “I work late at night and one night my wife called saying she could not sleep for fear of a plane landing on the house. It may sound exaggerated but you have to live in the area to fully comprehend it.”

Residents are making complaints to the City Council and to airport officials. Airport officials are forwarding the complaints to the FAA for analysis. The airport Commission is taking the heat, as hundreds of complaints per day are being logged. FAA officials have attributed a huge reduction in flight delays for private and commercial aircraft since the experiment began. It has in their words, “eliminated the need for air traffic controllers to coordinate takeoffs from the Santa Monica and LAX airports to avoid potential collisions.” Officials say for the Santa Monica Airport alone, delays have been reduced by 85 percent.

Residents welcomed the news that this experiment will conclude on June 8. Then following the conclusion, the FAA will decide whether to make the departure route a permanent one. At least one family in the area plans on making their concerns heard. “We have to stand together as a community to make sure our homes and families are safe. There has to be another solution than to make these flyovers permanent,” said a resident.