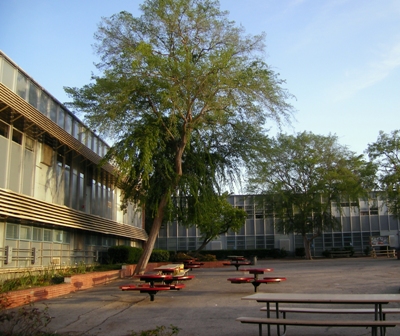 WOODLAND HILLS—On March 10, the LAUSD Board of Education issued a statement considering the use of several Taft High School classrooms for use by a charter school.

Ivy Academia Charter School, a local charter school, would be allowed to utilize space on the Taft campus. The academia students attending would be from grades 6 to 12.

According to the Taft website, hundreds of parents, students and staff gathered at Taft Hall in response to the board’s decision to move Ivy Academia onto their campus. Opponents of the idea worried about overcrowding on the school grounds, safety issues and classroom use.

“They’re all voicing their concern, at the school campus, the town hall meeting and at the board meetings,” said LAUSD Communications Officer Monica Carazo to Canyon News.

Carazo explained that more than 20 classrooms are being considered as available space for Ivy Academia. These class spaces are either empty or can be accommodated for the charter school, though she could not specify how many are empty and how they would be accommodated. Carazo said information is still being withheld until further notice.

The decision to operate Ivy Academia within Taft High School was approved by the board in February. This decision complies with Proposition 39, which states charter schools may utilize public school facilities such as classrooms if the request is approved.

In the statement released, the board explains, “We want to assure Taft High School’s students, parents and staff that we are working diligently to arrive at a reasonable, legally compliant solution.”

According to Carazo, talks were to resume on March 15 during an LAUSD board meeting but no Taft representatives spoke during the public comment portion of the meeting.