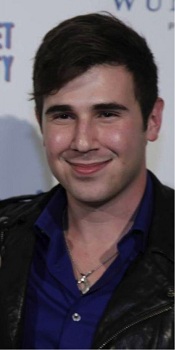 Councilman Mike Bonin announced in a news release that the City Council had unanimously passed a motion, set forth by Bonin that offered a reward of $50,000 for information that would lead to the arrest and conviction of the suspect responsible for the death of David Pregerson.

Pregerson, 27, was hit by an unknown driver in an unidentified vehicle that was traveling southbound on Chautauqua Boulevard on December 27, 2013. Pregerson was standing in his driveway around 3:00 a.m., according to the LAPD. The suspect continued going southbound and never stopped to help. He was taken to a hospital, but succumbed to his injuries on December 31.

The reward is coupled with an additional $50,000 put up by the family of Pregerson, who was the son of U.S. District Court Judge Dean Pregerson.

“My wife and I are not looking for blood,â€ said Judge Pregerson. â€œWe are looking for someone to come forward and explain to us what happened.”

David Pregerson, a resident of Pacific Palisades, graduated from the UCLA Film School before his death, and he was an aspiring director, according to Councilman Bonin.

“I implore anyone who knows anything that might help the investigation -“ any small detail they think could assist investigators -“ to report it so we can help find justice for the Pregerson family and the community that grieves David’s death,” said Councilman Bonin.