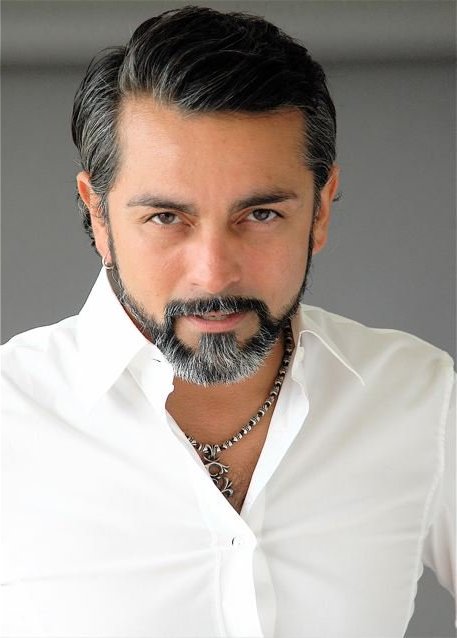 HELLO AMERICA!—If you haven’t seen “Rise and Shine” (I Thought I was White) already at the Let Live Theatre you should do yourself a favor and get tickets as soon as possible.  The show was written and stars Anil Kumar. It is directed by Reena Dutt.

“Rise and Shine” is an uplifting, heartwarming, hilarious story about a young man coming to terms with his parents, his culture, and ultimately himself. Told through the voices of his Punjabi immigrant family in the heartland ofAmerica, Ohio native Anil Kumar’s energetic and passionate performance shares a universal tale of bravery, connection, and self-acceptance. Sometimes enlightenment takes the path of most resistance.

Anil Kumar is a classically trained actor who has performed onstage in almost every major city in the United States. He has collaborated and performed with many theatre notables such as Terrence McNally, Alec Baldwin, Angela Bassett, Joseph Chaikin, George C. Wolfe, Valerie Harper, Liev Schreiber, and Lynne Meadow to name only a few.

Kumar originated the role of Mohamed in Charles Busch’s “The Tale of the Allergist’s Wife,” performing in the play on Broadway and on tour for over two-and-a-half years. As a founding member of East 4th Street Productions, he created, produced, and originated roles in various productions including “Backseats” and “Bathroom Stalls” (later titled ‘Love Sucks’) and “What’s Wrong with Getting Laid?”

Reena Dutt’s directing credits include working with 2Cents, Fierce Backbone, The Vagrancy, Theatre of NOTE, Sacred Fools (winner of 2010 Fast & Loose Fest), The Blank, Piano-Fight Productions (SF), Disha Theatre (NYC), and Off-Chance Productions (a media collective she co-founded). For film, she directed 3 Puffs of Gold (currently traveling the festival circuit), and she was a finalist for New Filmmakers Los Angeles: On Location competition (2011). As a producer, Dutt was involved with Off-Chance’s LA Weekly and Ovation Award-winning shows. The Limitations of Genetic Technology and Shaheed: The Dream and Death of Benazir Bhutto (which later went on to a full run at The Culture Project in NYC), and NOTE’s LA Weekly Award-winning production of The Wreck of the Unfathomable.

The set design for “Rise and Shine” [I Thought I Was White] is by LA Weekly Award-winner David Mauer, lighting design is by Ric Zimmerman, projection design is by Corwin Evans, and sound design is by Tony Award nominee Cricket Myers. Musical direction is by the internationally acclaimed Samrat Chakrabarti, and cinematography is by Lock and Monkey Productions. Genesis Artists of the Year Shivani Thakkar choreographs, the stage manager is Aaron Saldana, and Sara Fenton serves as producer.

The running schedule is Friday and Saturday at 8 p.m. through October 11 only. There will be no performance on Friday, October 3 and there will be an additional performance on Monday, October 6 at 8 p.m. General seating admission is $22 and tickets are available online at www.brownpapertickets.com/event/742984 or by calling (323) 207-8198. For more info, visit www.riseandshinetheplay.com or www.ithoughtiwaswhite.com.