UNITED STATES—If one takes a look at homes built before 1975, he finds that a vast majority of them boast buried oil tanks. These underground storage tanks were filled with oil that was used for heating the home during the winter months. The makers of these steel tanks thought they would remain unharmed buried under the surface. But these tanks had a certain lifespan (20-25 years). With time, tanks started to corrode and leak. Today, most of these storage tanks are lying abandoned and homeowners are using modern HVAC systems for the cooling and heating of their homes. However, it is not as easy as leaving these underground tanks as it is as they pose many risks to human beings and the environment. We will try and understand the risks of buried tanks in this article.

Today, most homes have switched from this old system of using oil for heating to the use of natural gas. Unfortunately, homeowners conveniently forgot about these underground storage tanks and allowed them to remain buried below the surface on their properties. As mentioned earlier, no matter how robust the design and construction of a steel tank, it starts to corrode and later leak to cause an oil spill in the ground. There were cases where homeowners could not notice this spill and chose to ignore higher consumption of oil to heat their homes. According to an estimate of the Environmental Protection Agency, there are thousands of underground storage tanks across the country and they are serving as ticking time bombs. Experts at https://www.simpletankservices.com/ believe homeowners should get the oil tank removed at their earliest. Even after abandonment, oil spilling from these tanks has contaminated the environment and is posing a serious health and safety risk to the lives of humans living in these areas.

There are not just health and environmental risks posed by leakage from buried oil tanks. You could be facing a huge financial cost running into thousands of dollars if the old and abandoned oil tank begins to spill oil into the soil and water. Most homeowners try to ignore the environmental dangers caused by the spillage of oil from underground storage tanks. But they know they have no choice but to take action for the clean-up and removal of the tank when they decide to sell their properties. Buyers avoid properties having underground storage tanks and they try to pressurize sellers into accepting much lower than the market value. Homeowners wake up from their deep slumber after they realize how the underground storage tank is lowering the value of their property.

A homeowner can breathe easily only as long as no one is aware of the oil spill. Troubles start as soon as this oil spill reaches the property of a neighbor, a business, or a government agency close to the property.  Damage caused by this oil spill to private or public property can prove costly when the homeowner is served legal notice and asked to bear the costs of clean-up of the mess. It is therefore in the interest of the property owner to act proactively and take steps to get the underground storage tank removed and the oil spill clean-up.

You should consider yourself lucky if you have an old and abandoned oil tank buried below the surface on your property but it has not started to leak.  This is the ideal scenario as you can get away with the tedious process of cleanup of all the mess created by the oil spills and subsequent contamination of the soil and groundwater. All you have to do is to contact a good quality contractor to dig out the oil tank and remove all the paraphernalia attached to it. Usually, cleanup and removal of underground oil tank cost between $1000 and $1500 and it can be completed in quick time by the contractor if your property provides easy access to excavators.

The Danger of Fires and Explosion

According to the EPA, undetected and ignored oil spill from an underground storage tank has the potential to start fires and even explosion in the basement of the structure. It can happen in rare cases where vapors of toxic oil accumulate in the atmosphere and spark a fire or explosion anytime. Though the hazard of fire and explosion is rare, it has happened in the past and it is therefore always prudent to get the old and abandoned oil tank removed from your property. 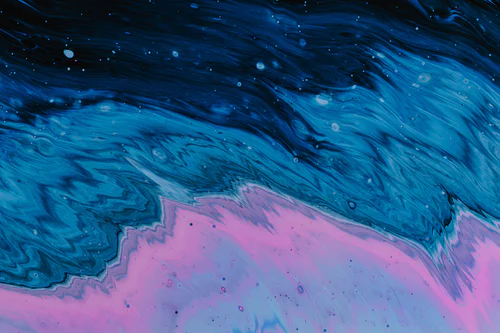 Groundwater contaminated with benzene found in oil can lead to severe health problems such as cancer or respiratory diseases if it is ingested or used for bathing. In most cases, a thin film of oil formed over a source of groundwater gets overlooked and the water is used for various purposes. If you are buying a property with an underground storage tank, it is advisable to get the tank removed and the oil spill cleaned up to prevent such ailments. It is indeed a terrifying thought to contract a severe ailment just because you happened to purchase a property with an underground storage tank.

The problems of the homeowner compound when this disease is contracted by a family member in the house of a neighbor and the source of contamination is found in your property. You could find yourself facing a lawsuit filed by your neighbor and paying huge costs in terms of penalty and compensation. If you are thinking your homeowner’s insurance policy will come to your rescue in such an event, forget it. Most homeowner’s insurance policies do not provide cover or protection against diseases caused by contamination of groundwater.

The risks of underground storage tanks are mostly financial and legal. You must be prepared to face the costs of clean-up of the mess caused by the oil spill and the removal of the oil tank buried on your property. In rare instances, these storage tanks also pose hazards of health, fire, and explosion. It is in your interest to either avoid buying such property or ask the seller to get the tank removed before moving in.