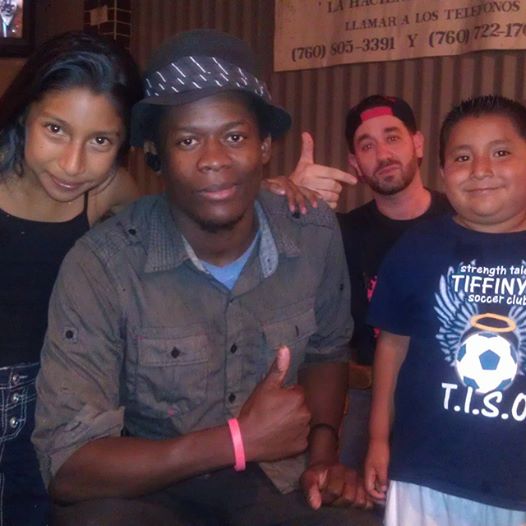 HELLO AMERICA!—Everyday thousands of young creative  hopefuls and future filmmakers are arriving in Hollywood to make their way in an industry which is one of the most difficult journeys one can pursue.

Recently, I was introduced to Romane Simon who hails fromHaiti.  He didn’t waste any time writing scripts and setting up his cameras in making his mark as producer-director.

Simon noted that he grew up in a family in Haiti where most of his family members are politicians.  His great grandfather Antoin Simon was, at one time president of Haiti. “We have quite a history in my country. This is why it caused quite a stir when I announced that I was concentrating on making films.  And worst yet, that I was going to Hollywood.” He added that this decision infuriated most of his relatives who were convinced that he should be thinking about making a life in politics.

He quickly admitted that after arriving in Hollywood there were tons of ups and downs. People of power didn’t understand where he was coming from. “No matter what,” he offered, “I wasn’t going to allow those bad times make me want to give up. I came to America to make films and that’s what I was going to do.”

So this young guy from Haiti raised enough money to direct and produce a few short films. For one of these, he won an award.  This made him more determined to take on even greater film projects. As a result, he has three films coming out this year: “Fason Nou/Our Way,” “The Night Seekers” and “Tragedy of a Mother and Son.” “Our Way” is scheduled for a premiere October 30 – 6 p.m. MGN Star Cinema in Glendale.

Since age 10 Romane knew he wanted to become an entertainer. He idolized stars like Michael Jackson, Bruce Lee and Wesley Snipes.  He taught himself how to dance like Jackson learned martial arts in the style of Lee and even did stunts in films.

“I’m very grateful for all the friends and supporters I have who believe in what I try to do creatively, he said. “ When I need actors and a film crew, they are always there for me. We are a family who Love the same thing. And that’s something special!”

“The Oval” Recap: ‘The Command Performance’