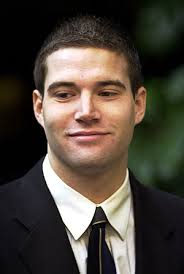 SHERMAN OAKS—Cameron Reagan, the son of a political speaker and the grandson of former President Ronald Reagan, was arrested on January 7, at a Sherman Oaks home which apparently belongs to his family members.

Reagan, 31, was arrested by officers from the Los Angeles Police Department after somehow setting off a house alarm around midnight. Reagan did spend a number of hours in jail, apparently not because family members pressed charges, but because at the time of the arrest, officers deemed that he was not cooperating.

Cameron Reagan is the grandson of the former two-term president and is the son of active conservative speaker Michael Reagan, 64, who has since come forward and defended his son. Reagan has told various outlets that his son setting off of the alarm was accidental, and that Cameron Reagan did not realize what he had done until it was too late.

Cameron Reagan spent a number of hours inside of a Van Nuys jail after his arrest, though he made bail by the following morning. Reagan or an associate provided the $10,000 at which his bail was set and later posted.

Reports have come out accusing Reagan of being drunk at the time of his arrest, though it is unclear whether or not Cameron Reagan was sober or under the influence of alcohol when the altercation took place between himself and the arriving officers.

It appears that no one actually called the police, but that Cameron Reagan and/or one of his friends had somehow set off an alarm around the Sherman Oaks home, and police quickly responded, believing it to be a possible break-in.

Cameron Reagan is the sole son of Michael Reagan, and has one sister, Ashley.