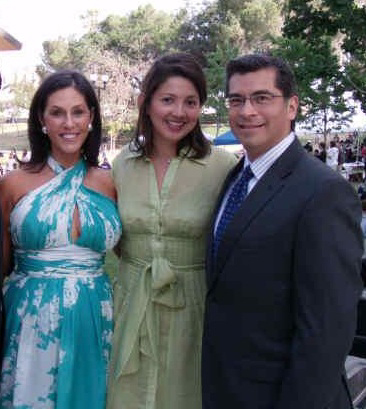 HOLLYWOOD—Beatles fans of all ages gathered in MacArthur Park as Paul McCartney’s sister, Ruth McCartney, made a special appearance on behalf of Levitt Pavilion. Ms. Ruth McCartney introduced the opening act, Harmony Project, at Levitt Pavilion MacArthur Park 2010 Opening Celebration. Included in the concert were songs made popular by the Beatles including “All You Need Is Love,” “The Long and Winding Road,” “Got to Get You into My Life” and “Hey Jude.”

In attendance were Council Member Reyes and Congressman Xavier Becerra, who remarked how important projects like these were to the community, stressing the need to focus on Los Angeles youth and the important role the Arts can play in their lives.

Special guest, Ruth McCartney, has been listening to classic Beatles tunes most of her life, because she was there when her brother wrote most of the songs at their kitchen table. She says she had just as much fun listening to the Harmony Project play the tunes in MacArthur Park, adding “My brother never dreamed it would go around the world like this.” Elizabeth Levitt Hirsch, whose father started the music program says, “This represents hope to the children. It means possibility.”

A talented artist herself, Ruth McCartney was born in Liverpool in the “swinging ’60s.” She began to study singing and dance at the tender age of 4 and continued her musical education by adding piano lessons at the age of 7 and then guitar at the age of 12. Ruth was greatly influenced during her teens by such legends as Liza Minnelli, Shirley MacLaine and British institution, Gary Glitter.

Friends of Levitt Pavilion MacArthur Park is a nonprofit organization that presents 50 concerts every summer at the Levitt Pavilion, featuring a diverse lineup of artists from acclaimed, emerging talent to world renowned, seasoned, award winning performers. All concerts are FREE admission, making live music and the arts accessible to all. Since 2007, Friends of Levitt has presented 130 concerts with over 85,000 in attendance. The tide has turned in MacArthur Park. As music has filled the park, so have families, friends and Angelenos from all over the city, creating community through music.