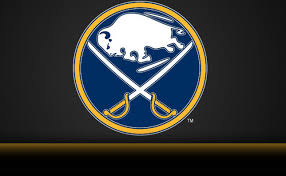 BUFFALO—The Kings start to an east coast road trip looked to be on the right track, but Buffalo’s expertise on the shootout at home proved greater. Matt Moulson and Tyler Ennis cancelled the Los Angeles Kings late comeback in the third to defeat them in a 3-2 win on Tuesday night.

With the Kings owning the first of two meetings, their offense took off 77 seconds into the first period with Justin Williams scoring on a tip in from Slava Voynov’s drive from the far end as he gained possession when the Sabres cleared the puck from their zone. For the duration of the period, the Kings ran the game shooting 15 shots on Sabres goalie Ryan Miller who took a third of Los Angeles’ chances to the net.

With the energy flowing from the Kings, they began the second period much like the precedent shooting another 15, holding Buffalo to three. The Sabres connected on a tip in from Cody Hodgson who recorded his sixth on a three man play in the Kings end to tie the game. Even though the Sabres were slow on their offense, hits to the Kings added up in a statement that they weren’t out of the game.

They kept their word on the Kings second penalty of the game where Buffalogained the lead on Hodgson’s second of the night on a backhander where Ennis’ shot froze in front of Jonathan Quick in the crease for Hodgson to tally the Sabres ahead. When it looked like the Kings would take responsibility to end the Sabres two game winning streak, the King came to the rescue. Dwight King scored his fifth of the year at 16:26 where a scramble for the puck sent the shot into a bouncing pattern that Miller couldn’t get hold of and later force overtime. It was the only period where Buffalo shot more times on net than in both the 1st and 2nd periods combined with nine.

It took another five minutes for both teams to come to the conclusion that a shootout would need to take place. The Kings didn’t think that the slow offensive response from the Sabres could work against them. Moulson notched the opening point for his team on a drive that found the back of the net and eventually left Ennis to clinch the win and end a two game losing streak. It was the first time the Sabres had won at home since the season began. Miller who won his second game after 21 days, picked up his third with 43 saves and a .956 save percentage.

The Kings who are just starting their four game series need big wins in order to get out of their fifth place ranking. The Kings will meet the Islanders and Devils in back to back nights. The Sabres prepare for a home series game against the Maple Leafs this weekend who are more than 11 points ahead of them.