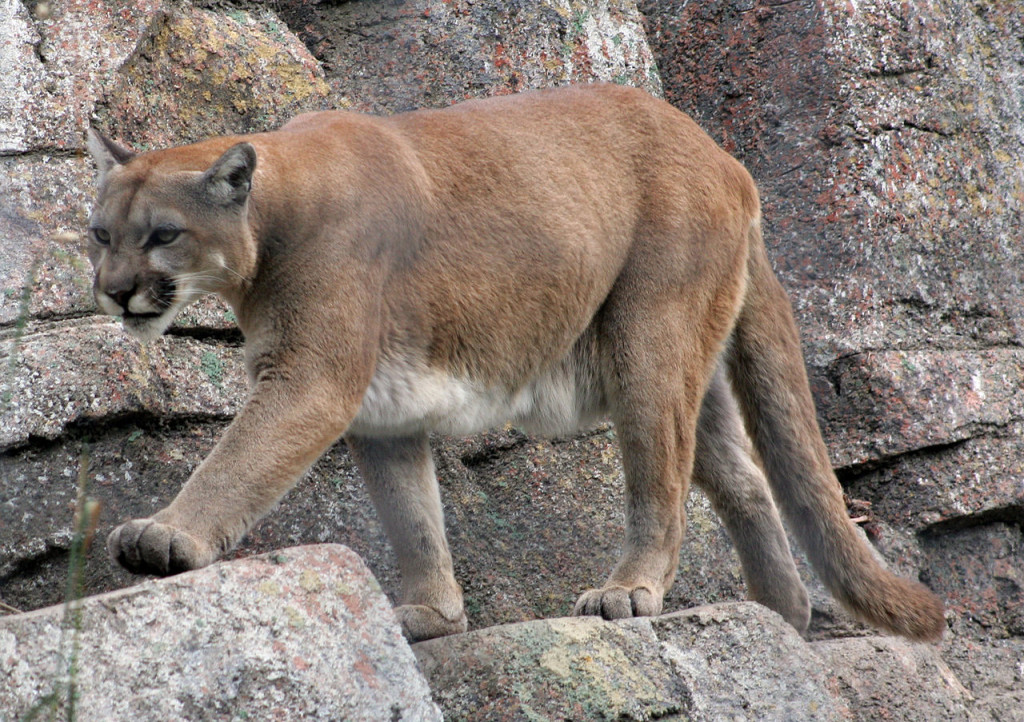 UNITED STATES—It’s been a good week for animal lovers in the Santa Monica area, as a hotly contested debate was finally put to the vote and came down in their favor. The planners of Ventura County have unanimously decided to provide a ‘safe passage’ area in the Santa Monica Mountains area purely for the protection – and conservation – of wild animals.

The motion that was voted upon proposed the creation of a whole network of specialist ‘corridors’ which would enable animals both space and protection from human interference and development. Prior to the passing of the bill, there had been growing concern that the diverse and exotic collection of fauna who call the region home would soon find their territory under threat. Black bears and coyotes are plentiful on the area of the Mountains, accompanied by lesser beasts like badgers, foxes, and deer, but there’s also a population of mountain lions who would have had nowhere else to go had they been denied protection.

In the future, it’s hoped that the ‘corridors’ can be expanded to assist animals with the difficult task of crossing highways which cut through their land, which is mostly on the fringes of LA County. Similar measures which were adopted in Washington State have already been credited with saving the lives of animals.

Among the many recommendations contained within the proposals were limits on the erection of fencing, which would otherwise deny animals passage through their natural habitat; and limits placed on the usage of electronic lighting at night which can confuse animals and interrupt their sleep patterns. Most importantly there are also proposed limitations on development work on or near streams, which are a source of both food and water for many of the animals.

Although some business leaders – especially those who work in the construction, ranching and oil industries – were opposed to the plans, advocates for the animals pointed out that they’d been on the land for longer than humans, and that the original highways were constructed with no consideration to the impact it would have on animal life. Mountain lions, in particular, have been cut off and restricted by the roads, and are now on the verge of becoming endangered as civilization encroaches further into the land. One such advocate was J.P. Rose, who was at the hearings to represent the Center for Biological Diversity; a non-profit organization which has been committed to supporting the interests of the animals for some time. He warned that unless the proposals were approved, there was a risk that the lions would become lost to the area forever.

As part of the necessary research that was undertaken to support the proposals, teams of scientists tracked the movements of a pack of the mountain lions. The big cats, also known as cougars among many other names, have shown no sign of adapting to the highways despite years of exposure to them. They persistently attempt to cross busy roads in an attempt to find new land on the other side, often with fatal results. The most recent Government figures have revealed that at least one hundred cougars die making these attempts each year.

The threat to the cougars isn’t purely limited to the cars driving down the highways. The packs of them which live in the area have a lower level of genetic diversity than any other known set in the western United States because they’ve been forced to inbreed to survive. Although sufficient differing packs of cougars to ensure healthy genetic diversity exists in the area, they’re largely unable to meet each other to breed because of the nature of the highways. That also goes some way to explain why so many of them attempt to make the crossing.

Now the proposal has been approved, work will commence to identify practical ways to connect up the animal habitat without extensively disrupting travel for civilians and commuters within the area. The issue will fall into the hands of the Board of Supervisors for Ventura County early in March, which is expected to recommend its implementation in the form of zoning regulations.

Although many small and independent environmental action groups were involved in pushing and supporting the measures, more heavyweight backing came from the U.S. Fish and Wildlife Service, the Nature Conservancy and the National Park Service, all of whom were instrumental in getting the vote over the line. ForestWatch were also involved, with their director Bryant Baker stating that the protections contained within the proposals are a vital first step in securing not only the long term future of wildlife in Santa Monica Mountains and Malibu County, but also the area’s cultural identity and character.

To have such a diverse range of animals on the doorstep of civilization is unusual. In other countries – and even in parts of America – citizens travel miles and pay to see bears and mountain lions in captivity because opportunities to see such creatures with their own eyes are rare. Failing to approve the proposals would have amounted to gambling with the future of the animals. As living beings with no means of representing themselves in the matter, that would be unfair. The only place that exotic animals should be gambled with is in the ‘Hot Safari’ slot on the Rose Slots online gaming website, where money can be won and lost without any risk to the cast of virtual animals who appear in the game. The consequences of placing a losing bet on the future of these creatures in reality would be far worse; the complete loss of entire species, and the possibility of a negative impact on the local ecosystem as a result. Making a bet on the slot game and losing is okay; you always have the chance of spinning again. We may be down to our final spin of the reels with the animals of the Santa Monica Mountains, and there will be no repeat stakes if we lose.

Thanks to the dedication of those who advocated for the measures, it’s now hoped that the winning line has come in, and that cougars, bears, and deer will be around for future generations to see out in the wild, as opposed to contained within zoos.