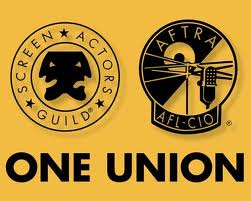 HOLLYWOOD—The American Federation of Television and Radio Artists (AFTRA) and the Screen Actors Guild (SAG) have announced a tentative agreement in negotiations with the Alliance of Motion Picture and Television Producers (AMPTP) on a new labor contract set to start on July 1, 2011, pending final approval. The deal includes a 10 percent increase in the current rate of employer contributions to both AFTRA and SAG’s health and retirement compensation plans, constituting the highest percentage increase in over two decades as well as the largest dollar increase ever for such plans.

The deal also contains a 6 percent wage increase for performers, which will be rolled out by 2 percent each successive year until the end of the new contract, which expires on June 30, 2014. Other provisions include expanded union coverage for new media productions (i.e. Internet content), increases of the area of money and schedule breaks, and improved language to foster more equal employment opportunities for union performers.

The presidents of both SAG and AFTRA expressed happiness with the new terms and collaborative efforts of all parties involved in a joint news release issued by the two organizations on Sunday, November 7.

“Strengthening the pension and health plans was our top priority in these negotiations ”“ making such a significant gain in that area was a vital achievement” said Screen Actors Guild President Ken Howard. “We had to make some difficult decisions, but working together, we’ve reached a deal that will protect our essential pension and health benefits for years to come.”

AFTRA National President Roberta Reardon praised the agreement by stating “I am extremely pleased we met our goal of increasing contributions to our retirement and pension plans, and that we successfully completed this negotiation now to protect the needs of performers early in the process. Our joint negotiating committee worked together seamlessly and in solidarity, and I am very proud of their work.”

The agreement still needs to be sent to the Joint National Board of SAG and AFTRA, where upon its approval will need the ratification of the unions’ memberships. For more information and complete details about terms, please visit aftra.org and sag.org.