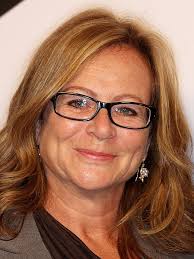 GRIFFITH PARK—Sally Menke, a missing female hiker, was found dead early Tuesday, September 28, at 2 a.m. The 56-year-old award-winning film editor set on a hike with her dog and a friend on Monday, September 27, around 9 a.m. to a trail in Bronson Canyon, in the shadows of the Hollywood sign. According to the Los Angeles Police Department blog, she decided to turn back by herself when she began feeling fatigued from the heat, which was a record of 113 degrees Fahrenheit. She never returned to her car and failed to contact any family members and friends with her whereabouts. Friends and family reported Menke missing around 4 p.m.

The LAPD Hollywood Division patrol officers responded to the missing person investigation on September 27 at about 6:30 p.m. The investigation took place near the hiking trails in the 2800 block of Canyon Drive. First on the site was the city General Services Department, which patrols the park. Menke’s family and friends decided to help the police with the search, which included several dogs, an LAPD helicopter and officers from patrol units. Several people assisted Hollywood LAPD officers with the search including the LAPD metropolitan division’s K-9 unit, LAPD air support, Los Angeles Fire Department urban search and rescue personnel and the Los Angeles City general services police.

They found Menke’s body just before 2 a.m. on September 29 north of the 5500 block of Green Oak Drive in a rugged area of Griffith Park, which appeared to be about a football-field-length from any nearby homes. Her loyal Labrador retriever was found alive and healthy beside Menke. Her body wasn’t far from where police found her locked car in the parking lot. The LA County Coroner’s Office staff determined that there was no evidence of foul play. Extreme heat has been determined as one of the contributing factors in her death, but the official cause of death is still being investigated. Hollywood homicide detectives are investigating the death as an apparent accidental/natural death.

Menke was born in New York and she was a graduate of the New York University Tisch School of the Arts Film Program. She also earned a Bachelor of Fine Arts in film in 1977. She married American film and television director Dean Parisot, and they had two children, Lucus and Isabella.

Menke is known for her film editing, especially for directing Quentin Tarantino’s films such as  “Jackie Brown,” “Inglourious Basterds,” “Death Proof,” “Pulp Fiction,” “Kill Bill: Vol 1” and “Kill Bill: Vol 2.”   Menke was Tarantino’s number one collaborator as she worked with Tarantino on everything that he has done. Tarantino freely admitted that editing with Menke is like working with a writing partner. “The best collaborations are the director-editor teams, where they can finish each other’s sentences,” he said.

The famous film editor also edited movies such as “Teenage Mutant Ninja Turtles,” “Mulholland Falls,”  “Nightwatch” and Billy Bob Thornton films including “All the Pretty Horses” and “Daddy and Them.” Her latest work as a film editor was the 2010 movie “Peacock,” directed by Michael Lander.
Menke was nominated for the Academy Award in Best Film Editing for “Pulp Fiction” in 1995. Other nominations include the Best Editing BAFTA Award for her work in “Pulp Fiction,” “Kill Bill” and “Inglourious Basterds” among other coveted awards. She won the Las Vegas Film Critics Society Award and San Diego Film Critics society award for Best Editing in “Kill Bill.”