SACRAMENTO—Hair salon owner, Elizabeth ‘Liz’ Novak called out California Governor Gavin Newsom via a YouTube video about the impact of homelessness on her small business that has gone viral.

Novak owns a hair salon in downtown Sacramento that was in operation for 15 years, but she is now closing her establishment with plans to relocate. 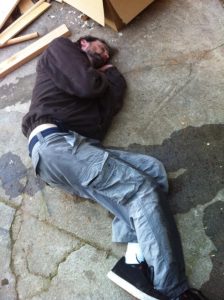 “I talked to the Police Officers. They told me to contact you. They want to do something and they can’t because you changed the laws. So, I want to know what you are going to do for us, the ones that are unhappy. You want to make us a Sanctuary State. You want to make it comfortable for everybody, except for the people that work hard and have tried their hardest to get along in life, and now we have to change that because of your lies. Your liberal ideology is not working and I don’t know who you’re trying to please.  So while you sit in your million dollar home and you don’t have to look at what we have to look at, there are hard-working people out there that have to live with this on a daily basis,” said Novak in her video to Governor Newsom.

In a June 2019, interview Axios on HBO, Governor Newsom was quoted in saying, “The vast majority of California’s homelessness comes from Texas.”

Politifact conducted a fact check on that statement noting that from San Francisco’s Point in Time Count from January 2019 showed a 17 percent increase in homelessness in the last 2 years. The Los Angeles Times called Newsom’s statement “A Baseless claim.”

Governor Newsom made a campaign promise to tackle homelessness himself. Canyon News did reach out to Governor Newsom’s office for comment, but did not receive a response before print.