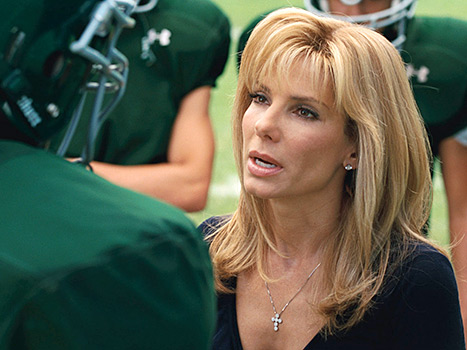 HOLLYWOOD—Well, it’s official, actress Sandra Bullock and actor Jeff Bridges are the two to beat in this year’s awards season. Both were winners at the 16th annual Screen Actors Guild Awards on Saturday, January 23.  Bullock won for lead actress in a motion picture for “The Blind Side.” She was able to edge out icon Meryl Streep “Julie and Julia” and newcomers Carey Mulligan “An Education” and Gabourey Sidibe “Precious: Based on the novel Push by Sapphire.”

“I am Sandra Bullock and I’m an actor and I am so proud to say that in a room full of faces that have inspired me,” said Bullock while accepting her award.

Bridges continued his awards sweep taking home the SAG for lead actor in a motion picture for “Crazy Heart,” beating out favorites George Clooney “Up in the Air” and Colin Firth “A Single Man.” Count on both Bullock and Bridges to receive nominations for Oscars in the coming week.

In the supporting actress race Mo’Nique reigned supreme once again for her vicious turn as Mary Jones in the film “Precious.” “Thank you to every member of the Screen Actors Guild. I am so very honored,” said Mo’Nique. She also thanked her co-stars and the film’s director Lee Daniels. Christoph Waltz continued his winning streak as supporting actor for his role in Quentin Taratino’s “Inglorious Basterds.” Waltz and Mo’Nique will be walking away with Academy Awards when the winners are announced on Sunday, March 7, I guarantee it.

Comedian Mo’Nique won the SAG for Supporting Actress in a Motion Picture for her role in the film “Precious: Based on the novel Push by Sapphire.”

One relative surprise of the night was “Inglourious Basterds” win for Best Ensemble in a Motion Picture. I thought “Precious” had the chance of taking home the top prize, if not “The Hurt Locker” would have been a close second. All I can say is that this year’s Oscar race for Best Picture looks to be an intriguing one, with more than 10 films in contention for the big prize. “Avatar,” “The Hurt Locker” and “Inglourious Basterds” have already taken the top prize at one of this year’s awards ceremonies, but “Avatar” appears to have the momentum with its continued domination at the box-office, surpassing Christopher Nolan’s “The Dark Knight” to become the second highest grossing film of all time.

In a hilarious moment of the night, Betty White was honored with the Lifetime Achievement Award by Sandra Bullock who she co-starred with in last summer’s blockbuster comedy “The Proposal.” White delivered a sleuth of jokes while accepting her award even taking shots at Bullock herself.

A gracious Drew Barrymore thanked her peers as she accepted the SAG award for lead actress in a television movie or mini-series for “Grey Gardens.” “I’m very proud to be a member of this Guild, all 120,000 members are just incredible,” said Barrymore.

With two of the big award shows over, the only one left is the pinnacle of all awards shows, the Academy Awards.  While many believe the Golden Globes and Screen Actors Guild Awards are huge predictors of potential winners at the Oscars, I beg to differ. I will admit if anything, that the Supporting Actor and Actress races are all but determined. Waltz and Mo’Nique deliver performances that are extraordinary by any means.  As for Best Actor, Actress, Director and Best Picture those are still open for anyone’s taking. As we all know, the Academy Awards is known for surprises and expect a few when nominations are announced on Tuesday, February 2, and expect a surprise or two when the winners are unveiled live Sunday, March 7. Any predictions as to who’ll come out on top? I’d love to hear your suggestions!