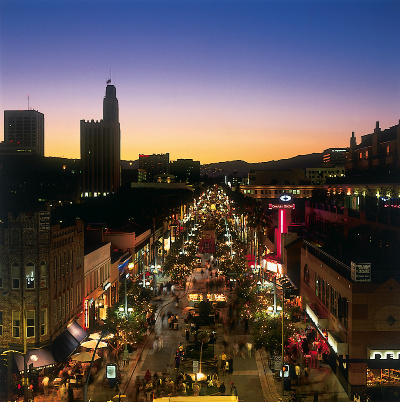 SANTA MONICA—The City of Santa Monica was acknowledged as being among an ongoing campaign that focuses on local government improvement to its city. The campaign is a part of the League of California Cities and the California City Management Foundation.

Santa Monica City Manager Rod Gould expresses how he is proud that his city is a part of such a great campaign, “Santa Monica is proud to be a participant in Strong City Strong State,” said Gould.

“We believe it’s important to show the valuable role that cities and local government play in people’s day to day lives. Santa Monica is outstanding in its ability to deliver a high level of quality service to its residents,” added Gould.

The city has also created its own Water Treatment Plant and meets around 70 percent of its own water demand. The Annenberg Beach House has been awarded a Gold LEED rating from the U.S. Green Council. Following along with the campaign’s components, the City of Santa Monica has a strong business alliance also. The Santa Monica Alliance helps businesses within the city and the Santa Monica Chamber of Commerce to provide improvements and renew commercial districts throughout the city.

The Strong City Strong State program will provide a “first of its kind” platform that will be profiling several individual California cities over the next 18 months. These profiles will include photos, videos and other outlets expressing how each city has worked to improve essential services and progress the quality of life to its residents. The most successful stories told through this campaign will be from public safety initiatives, educational partnerships, infrastructure and improvements to community activity strategies. The City of Beverly Hills is also one of the cities among the Strong City Strong State campaign project.

For more information on this campaign project please visit, http://www.strongcitiesstrongstate.com/.