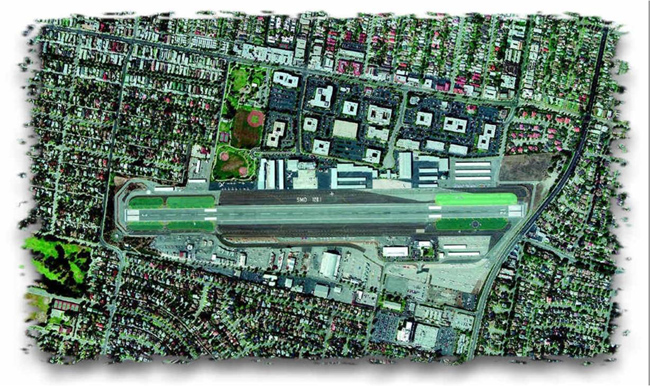 SANTA MONICA—The Santa Monica Airport closed its runway starting from Sunday, September 19, at 9 p.m. until Friday, September 24, at 7 a.m. During this time members of the Concerned Residents Against Airport Pollution (CRAAP) planned a vigil as a “celebration of peace and quiet.” Canyon News interviewed the director of the Santa Monica Airport, Robert Trimborn, for the following details of the recent closure.

A year ago, the city of Santa Monica planned to rehabilitate the runway surface of the airport. The plans were approved by the city’s engineer and then Santa Monica laid the proposals from the company for the runway rehabilitation project. It was then awarded to Valley Slury Seal, which is a company based in Sacramento. The city then worked with a contractor to develop the construction schedule to see how it’s progressing. There are three construction phases: the first phase of construction was called “night closure phase,” which started from 9 p.m. until 7 a.m.; the second phase was called “full runway closure” and it included cleaning and applying a rejuvenating compound; the third and final phase is called “partial airport closure,” which is happening this week, and it means that parts of the airport will be closed but the airport will still be in operation.

“There is a lot of history involving the Santa Monica Airport,” said the director. Douglas Aircraft Company was the first to use the airport, which has been in operation since 1917. It also remained in operation throughout World War II. About 40,000 people worked to build the airliners and Douglas Aircraft built 10,000 airliners to help win the war.

The director also commented on the recent protests from CRAAP stating that it is their “amendment right to express” themselves about the noise of the airport. Although, he also states that their airport has the strictest airport ordinance. The last time the airport worked on its pavement was in 1994.

According to the director, the airport only has one runway; therefore, they were forced to close. Most planes that pass through the airport are privately owned planes. They are “20 percent moderately busy,” said Director Trimborn. In comparison to the Los Angeles International Airport, the runway is only 5,000 feet long with 300 aircrafts on average including departures and arrivals. The airport’s hours run from 7 a.m. until 11 p.m. with a curfew afterward until the next morning begins.

At Least 78 Dead And 4,000 Wounded In Beirut Explosion

Your Freedom Of Speech Matters