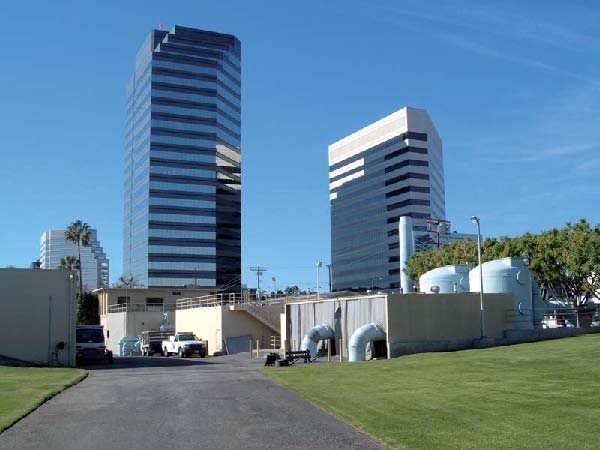 SANTA MONICA —On February 24, a dedication ceremony at the Santa Monica Water Treatment Plant marked the full restoration of local groundwater efforts. The reconditioning of the water plant will offer the city 70 percent water production autonomy.

The celebration observed the complete return of the Charnock wells after being shut down for 15 years. The wells were responsible for producing the city’s water supply. Four other wells in the area serve the same function.

“We have proven that success can be wrestled out of even the worst of environmental disasters,” said Santa Monica Mayor Richard Bloom in a press release.

According to the Water Quality Report, released by the city last year, the Charnock wells were contaminated in 1996 when traces of Methyl-tertiary Butyl Ether (MtBE), a gasoline additive, seeped out from underground gas station storage tanks around the area.

“The Charnock Well Field had been used as a drinking-water source since 1924,” said Santa Monica City Manager Rod Gould.

Soon after the 1996 incident, the city of Santa Monica settled agreements with the oil companies accountable for the leaks in order to remove any future threats of MtBE pollution.

With the reinstatement of the Charnock wells and improvements to the water plant, the project is also able to reduce the city’s water importation costs, as water is transported from Northern California and the Colorado River.

For more information about water quality and safety, please visitwaterquality.smgov.net.