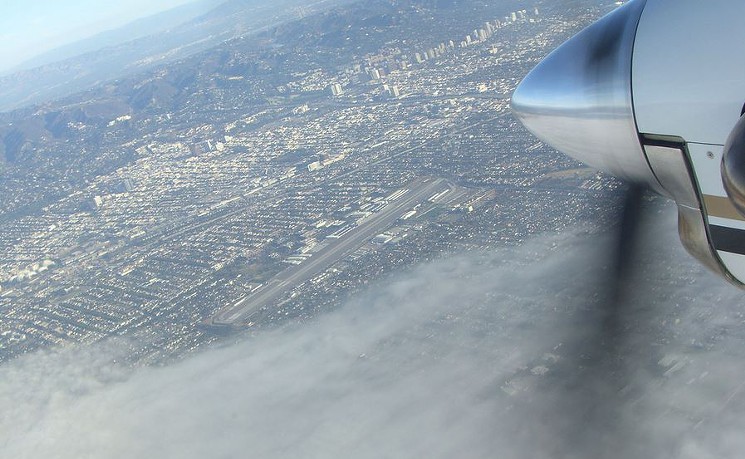 SANTA MONICA—Scientists have recently begun to study private aircraft emissions which could cause health problems at high concentrations. The City Council of Santa Monica is looking into working with federal and state agencies to further promote research on the health effects that these particles may have on locals who live in and around Santa Monica Airport.

For years Santa Monica residents have urged City officials to deal with air contaminants emitted by private jets which land at SMO. These particles, which are released by jets and planes landing in SMO, get blown into the neighborhood, thus raising concern amongst local residents and community groups such as Concerned Residents Against Airport Pollution.

UCLA scientist conducted a research study at SMO which concluded that ultrafine particle levels in neighborhoods in and around the SMO area are on average 11 times higher than baseline measurements.

City Council saw this as an opportunity to help create state or national standards for regulating air pollution near airports.

Councilman Kevin McKeown has placed the airport pollution topic on the agenda for January 12.