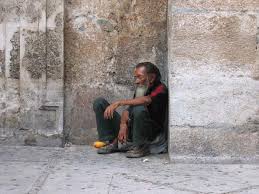 SANTA MONICA —The number of homeless people residing on Santa Monica streets have greatly decreased, according to reports.

Based on the 2010 Santa Monica Homeless Count, the city has seen a significant drop of 18.9 percent in homeless residents since last year. The count, which was conducted just late last month, resulted in 742 people living without homes; 264 of those residents have been living on the streets.

Volunteers are largely credited in finding the newly-lowered number of the Santa Monica homeless community. The city released a letter on their Web site prior to the count, encouraging 200 helpers to come forth and work with the Santa Monica Chamber of Commerce and other city officials.

According to Margaret Willis, who is the Sr. Administrative Analyst for the City of Santa Monica, over 160 community volunteers participated in the count.

Participants were trained prior to the Homeless Count. Teams of three surveyed the Santa Monica streets in the late evening of January 27, until 2 a.m. the next morning, noting the homeless individuals that were found. Security was provided for all of the groups throughout the search, and were deployed from the western to mid-city locations.

Homeless individuals in shelters, jails, motels and hospitals were tallied by staff working in those facilities.