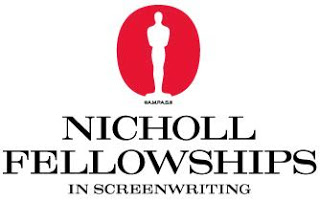 BEVERLY HILLS—The Academy Nicholl Fellowships in Screenwriting awards presentation at the Goldwyn Theater on November 7 will feature a first-ever live read by Academy Actors and a chance for one of the five announced winners to receive a bonus grant.

On October 21, the Academy of Motion Picture Arts and Sciences announced in a press release the four individual writers and one writing team that were selected for the 2013 Academy Nicholl Fellowships in Screenwriting. The five winning scripts were chosen out of a record 7,251 submissions.

Stephanie Shannon of Los Angeles, California for “Queen of Hearts”

Barbara Stepansky of Burbank, California for “Sugar in My Veins”

The winners will receive the first installment of their $35,000 fellowship prize at an awards presentation to be held in the Academy’s Samuel Goldwyn Theater on Thursday, November 7 at 7:30 p.m.

For the first time ever, the awards ceremony will feature a live reading and enactment of scenes selected from the winning scripts by members of the Academy Actors Branch. The performances will be directed by Rodrigo Garcia and produced by Julie Lynn.

Emily Benedict, publicist for the Academy, told the Canyon News in an email the selected cast would be announced in a few days. Actors Colin Firth, Harrison Ford, Jake Gyllenhaal, Julianne Moore and Christopher Waltz are only a few Academy Members listed on the Academy’s website that could be selected to perform at the awards ceremony.

Fellows will also be offered an opportunity for the first time to win an additional grant from Lexus to write and produce a short film that will appear on various Lexus creative platforms, such as LStudio.com. One of the five winners will be awarded this new and innovative fellowship extension at the ceremony. Benedict said the Academy would be releasing more information regarding the Lexus grant in the upcoming days.

Here are brief synopses of the winning scripts listed on the Academy’s website:

“Legion” by Frank DeJohn and David Alton Hedges: “Just days before he is to leave a life of warfare behind him, a Roman Centurion must assume command of a group of misfit soldiers trapped deep within hostile country.”

“Joe Banks” by Patty Jones: “The son of a Nobel Prize-winning novelist via a genius sperm bank is determined to follow in his father’s footsteps, but suddenly finds himself on a wild odyssey with his real father, a drinking, man’s-man, lothario author of airport novels who was stripped of his own Nobel after a sex scandal.”

“Jersey City Story” by Alan Roth: “A basketball star faces his bitter past when he’s pursued by a young boy growing up in his old room in the projects.”

“Queen of Hearts” by Stephanie Shannon: “Inspired by true events, this is the story of ‘Alice in Wonderland’ and ‘Through the Looking Glass’ author Lewis Carroll (aka Charles L. Dodgson) and how his relationship with the real Alice Liddell and her family may have inspired one of the world’s most beloved pieces of children’s literature.”

“Sugar In My Veins” by Barbara Stepansky: “When a mutual attraction blossoms between a fourteen year old violin prodigy and her sister’s much older boyfriend, it leads to a risky forbidden affair that has both liberating and disastrous consequences for their lives.”

The Academy’s Nicholl Fellowships in Screenwriting is an annual competition for up-and-coming screenwriters from around the world to earn industry support and recognition. Contestant winners are awarded $35,000 over the course of a year to write a full-length screenplay. Since the inception of the fellowship in 1986, 17 of the 126 winning scripts have gone on to television and film production. Such works include “Short Term 12” written and directed by 2010 winner Destin Daniel Cretton, “Season of the Witch” by Bragi Schut and “In the Dark” as “In the Eyes of a Stranger” on CBS by Warren Taylor.

Other fellows that have gone on to great success include Creighton Rothenberger who co-wrote “Olympus Has Fallen” and Rebecca Sonnenshine who is a writer and executive story editor on “The Vampire Diaries.”

Tickets for the November 7 awards presentation at the Samuel Goldwyn Theater are available for the public to purchase.