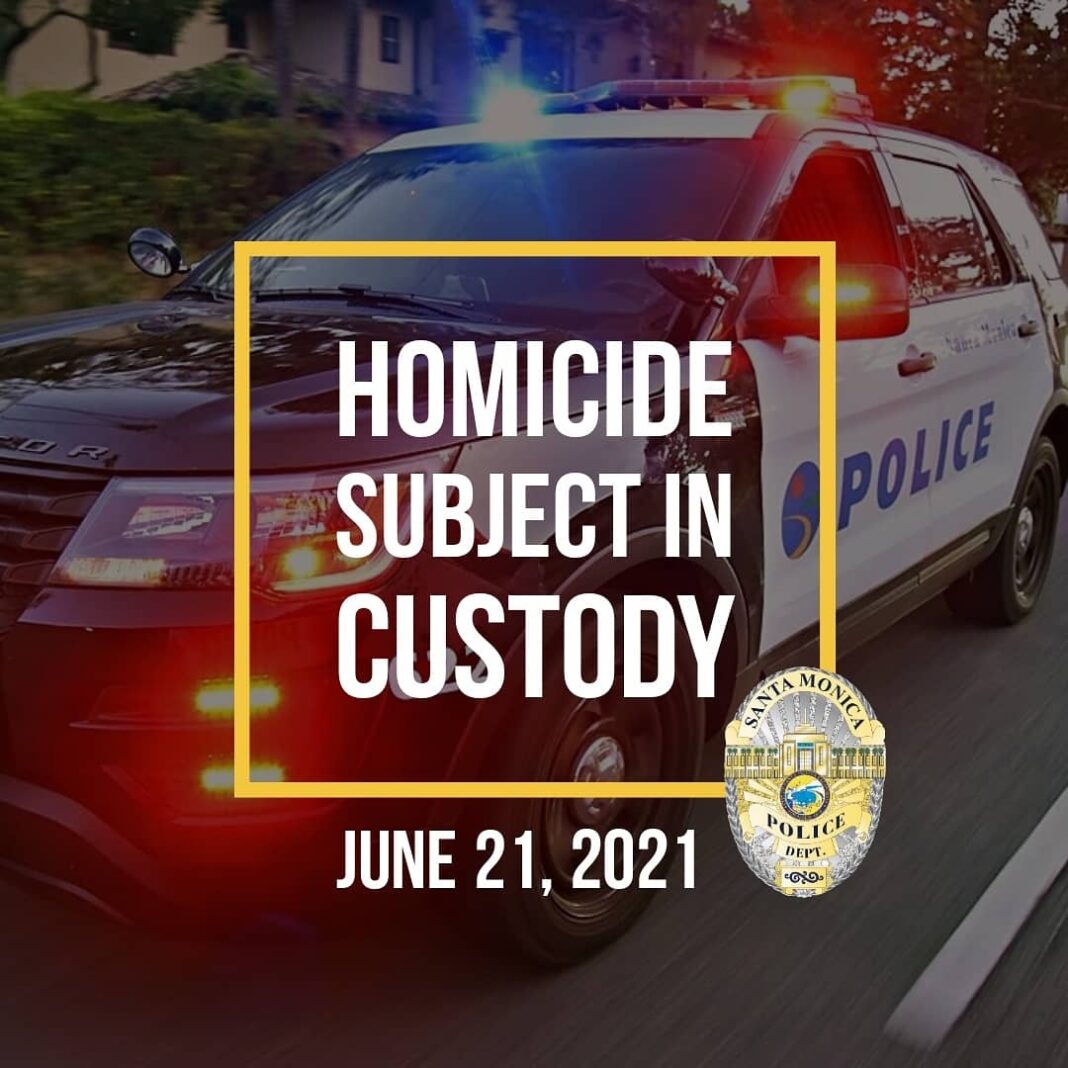 SANTA MONICA—Lt. Rudy Flores indicated to Canyon News that the Santa Monica Police Department arrested a suspect in connection to a fatal shooting on Monday, June 21. At approximately 7:30 p.m., officers were dispatched to the area of the 300 block of Broadway to investigate a report of a gunshot that was fired.

Upon arrival, officers found a male with a stab wound to the neck. Officers immediately began life saving measures before personnel from the Santa Monica Fire Department arrived on scene and transported the victim to a local hospital where he died from his injuries. The name of the victim has not been disclosed to the public.

During their investigation, officers discovered an altercation transpired between the victim and the suspect and a female near the Santa Monica Pier. The victim, ended up in the 300 block of Broadway where he was stabbed.

Witnesses who were with the victim provided a description of both subjects and their last direction of travel to police. At one point during the altercation, a shot was fired and a spent .45 cal casing was located. Authorities are unsure who fired the weapon.

Officers quickly established a perimeter where two subjects were stopped in the area of 6th and Santa Monica. The subjects were identified by the witnesses as the individuals involved in the incident. They were taken into custody without incident.

Officers located a knife suspected to be used by the suspect. Sean Alexander Graves, 28, from Long Beach who was booked for 187 (A) PC – Murder. The female with Graves was interviewed and later released.

Anyone with any details pertaining to this incident is asked to contact Detective Haro with the Criminal Investigations Division at 310-458-8432 or the SMPD Watch Commander (24 hours) at 310-458-8427.