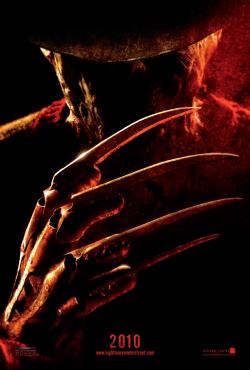 HOLLYWOOD—In Hollywood, it’s a fact familiarity sells. With explosive films like “Transformers: Revenge of the Fallen,” “Harry Potter and the Half-Blood Prince” and “Twilight: New Moon” generating huge numbers at the box office in 2009, it’s safe to say that sequels are expected to be even bigger in 2010. For starters, horror icon Freddy Krueger returns to menace more teens in their dreams in “A Nightmare on Elm Street” hitting theaters on April 30. The film is a remake of Wes Craven’s 1984 classic. This time around Academy Award nominee Jackie Earle Haley dons the infamous red and green sweater worn by Robert Englund. “Melrose Place” alum Katie Cassidy and “Twilight” heartthrob Kellan Lutz are his prey.

Audiences can now salivate at the return of Robert Downey Jr. as Tony Stark in “Iron Man 2” hitting theaters May 7. He’ll be joined alongside Oscar-winner Gwyneth Paltrow, Scarlett Johansson as Black Widow, Don Cheadle and Mickey Rourke as nemesis Whiplash in the film. This film has blockbuster written all over it.

That same month audiences will be invited to the fourth chapter in the ever popular Shrek series “Shrek Forever After” in 3-D.  The green ogre and friends have already generated substantial success at the box-office in previous years so 2010 will be no different. For all the women looking for a film that caters to their needs, Carrie, Samantha, Charlotte and Miranda return in “Sex in the City 2” on May 28 just in time for Memorial Day. Plot details are tight-lipped, but expect tons of fashion and girl talk.

For those who can’t wait to see actor Leonardo DiCaprio back on the screen, you’ll get the opportunity more than once in 2010. First up for the actor is director Martin Scorsese’s psychological thriller “Shutter Island” on February 19. DiCaprio plays a US Marshal investigating some strange happenings at a mental institution. Then DiCaprio teams up with director Christopher Nolan for his sci-fi thriller “Inception,” where the events of a crime unfold in a person’s mind. The trailer teases the audience just enough to get you into the theater seats, believe me!

If you’re looking for something for the family catch Woody, Buzz Lightyear and the rest of the gang in “Toy Story 3,” returning to theaters on June 18. The film will also be presented in 3-D, an aspect sure to grab children’s attention. For those vampire lovers the 3rd chapter in Stephanie Meyers’ popular Twilight saga, “Eclipse” hits theaters June 30.  Expect more swooning Team Jacob or Team Edward fans to swarm theaters similar to its predecessor, which grossed more than $142 million on its opening weekend. Fans of the ’80s television series “The A-Team” is in for a treat when the film hits theaters on June 11.  The cast includes Bradley Cooper as Faceman, Liam Neeson as Col. John Smith, Quinton Jackson as Sgt. B.A. Baracus and Sharlto Copley as Murdock.

What looks to be the biggest film of the year is the final chapter in the Harry Potter book series “Harry Potter and the Deathly Hallows: Part 1” hitting theaters November 19. The film which has been broken into two parts (the second part hits theaters in July 2011) concludes Mr. Potter’s journey as he prepares to battle Lord Voldemort.  This film will be big, maybe even bigger than the opening for “The Dark Knight,” which holds the current record of $158 million. All that is known is that one of the film’s major characters is expected to bite the dust. Who will it be?  Will it be Harry, Ron or Hermoine, only time will tell?

One of the most anticipated sequels is “Scream 4.” The film will reunite fan favorites Sidney Prescott (Neve Campbell), Deputy Dewey (David Arquette) and tabloid firestorm Gale Weathers (Courtney-Cox Arquette). Also returning is writer Kevin Williamson who wrote the original flick. The film is slated to take place 10 years after the last film and I can’t wait to see what rules have changed the horror genre since then. Any guesses as to who the killer may be?