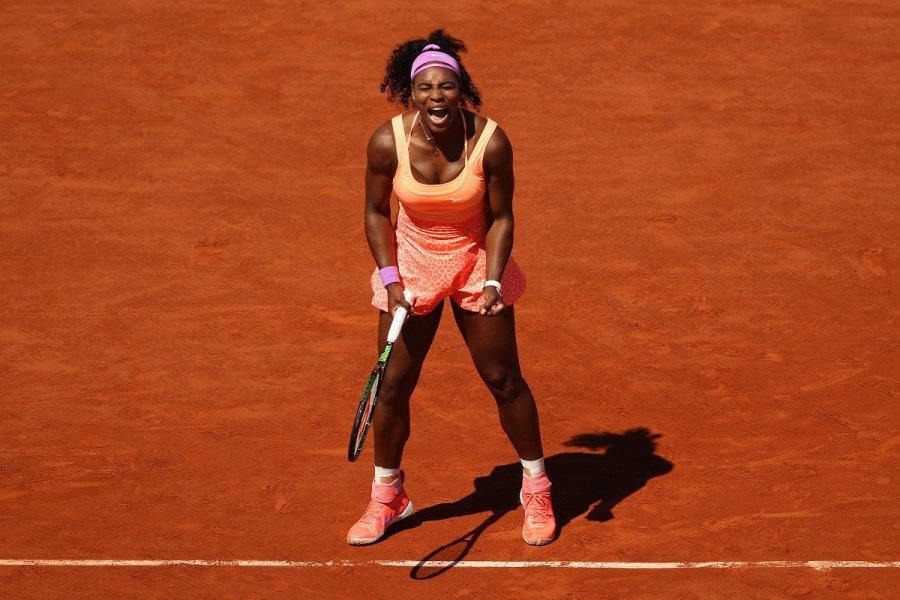 PARIS—There were a handful of reasons why Serena Williams should not have won the French Open title.

Except, the 33-year-old tennis superstar did just that on Saturday, June 6 at the Stade Roland Garros.

Putting aside a lingering illness, a mid-match lull and a feisty opponent, Williams staved off Lucie Safarova’s upset bid to prevail 6-3, 6-7 (2), 6-2 and win the French Open for the 20th Grand Slam title of her career.

“When I was a little girl, in California, my father and my mother wanted me to play tennis. And now I’m here, with 20 Grand Slam titles,” Williams said to the crowd in French. “This is very special for me. I haven’t always played very well here, but I’m really happy to win the 20th here.”

Williams, who traditionally has struggled on the slow-playing, red-clay surface at the French Open, double-faulted 11 times, part of 42 total unforced errors, 25 more than her opponent, and found herself down 2-0 in the third and final set.

But, thanks to Williams power, foul-mouthed intensity and will-do spirit, she won the final six games of the match and collected her third trophy in Paris to go alongside six each from the U.S. Open and Australian Open, and five from Wimbledon.

She also became the first woman to win consecutive U.S. Open, Australian Open, and French Open titles since Monica Seles in 1991-92. Only two women in the century-plus history of Grand Slam tennis have won more than the 33-year-old American: Margaret Smith Court with 24 titles, and Steffi Graf with 22.

“This is by far the most dramatic [major title I’ve won],” Williams told NBC’s Mary Carillo afterward. “I didn’t even train yesterday, I’ve had the flu … it’s just been a nightmare.”

The world will watch as Williams heads to the grass courts of Wimbledon this month with a chance to extend a bid to do just about the only thing she hasn’t accomplished: win a calendar-year Grand Slam.

“I think it’d be awesome,” Williams said of the Grand Slam. “But at the end of the day, it’s pretty awesome to have 20. Obviously, I would love to win a Grand Slam. I haven’t done great at Wimbledon the past two years, so I’m going to take it a day at a time there.”