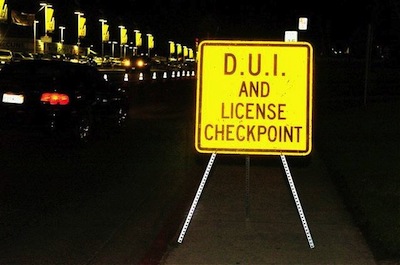 MALIBU—Police arrested 17 drivers during a DUI/Driver’s License Checkpoint scheduled from 7 p.m. to 3 a.m. on Saturday, December 14.

Police from the Malibu/Lost Hills Station of the Los Angeles County Sheriff’s Department screened a total of 1,361 vehicles at the checkpoint held Saturday night on Carbon Canyon Road and Pacific Coast Highway (PCH).

The Sheriff’s Department announced on Sunday, that 14 unlicensed drivers and two suspended drivers were arrested and sent to court. One suspect with an outstanding $15,000 traffic warrant was also arrested. Two vehicles were stored for one day and another two cars were impounded for 30 days.

No drivers were reportedly detained for driving while under the influence. Law enforcement hopes to discourage drunk or drugged driving by consistently enforcing checkpoints throughout the year. The Los Angeles County Sheriff’s Department reminds holiday partygoers to designate a sober driver prior to drinking.