In the letter by Andrew L. Seidel, a constitutional attorney and Director of Strategic Response, he called  out Sheriff Gonzalez citing the separation of the church and state, and for organizing a Christian event that was not just for entertainment, as West spoke of his conversion. Seidel cited the response of Sheriff Gonzalez via Twitter.

Seidel wrote, “this was unconstitutional. You were elected to a secular office and to uphold a secular Constitution…You cannot use that public office to promote your personal religion, even if it happens to be a religion Kanye West shares.”

In October 2018, West visited The White House and spoke with President Trump about prison reform. 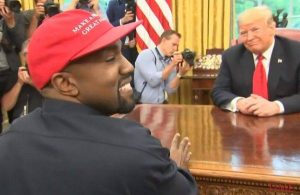 “You know I’m a life-long law enforcement officer. I started to serve my community here in my hometown, but we need to be firm with crime. We want our communities to be safe. Everyone does. We don’t have to lose our humanity or our compassion.”

Canyon News reached out to Sheriff Gonzalez for a statement, but did not hear back in time for print.